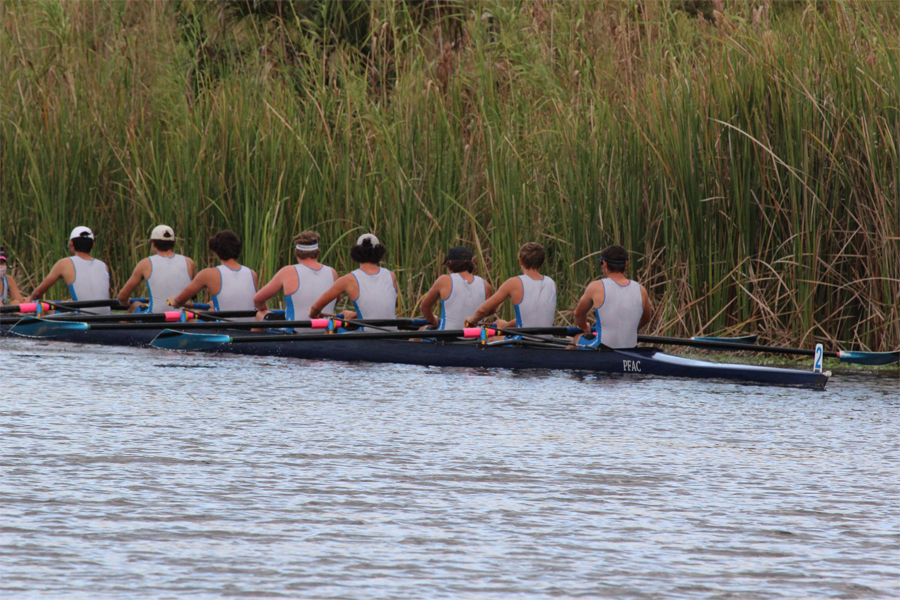 Space Coast Crew will be facing off against 20 teams from all around the region, including out-of-state teams Saturday at Nathan Benderson Park in Sarasota.

Bryan Little, head coach and Director of Rowing at SCC said he hopes the race will be more of a learning experience than anything else.

“These fall races aren’t about winning. I mean winning is awesome, don’t get me wrong,” Little said. “Winning solidifies a lot of things, but what the fall season is trying to do is tell us, ‘Are we making progress? Are we making gains in the fitness, the technique? Are we executing at a high level?’ We’re prepared to win, but that’s not all what it’s about.”

Junior Thomas Eastwood said he hopes the race will help the team better prepare for bigger races in the spring.

“Half of our team is novices pretty much, and even our more experienced rowers haven’t been rowing as long as some of our past ones have,” Eastwood said. “So I’m hoping we take away the experience of being able to see other opponents and race them, so we have an idea of what we’re gonna face later in the Spring, hopefully.”

Little said he hopes the upcoming competition will help motivate SCC rowers to continue to improve.

Eastwood, who will be rowing in the men’s second varsity eight, said his boat is still prepared to win.

Eastwood said SCC has been preparing as usual for this race.

Little said the smaller race SCC participated in on Oct. 31 has helped the club prepare for this race.

“It was a great first stepping stone in the development of the team getting comfortable with racing and what happens on race day and breaking the novices into that pattern cause, you know, I think [racing] is intimidating,” Little said.

Eastwood said he believes SCC is ready to win in Sarasota.

“There’s definitely still a lot more that we can do to prepare like in our individual boats and on ourselves,” Eastwood said. “I think we could come away with a couple medals next Saturday.”