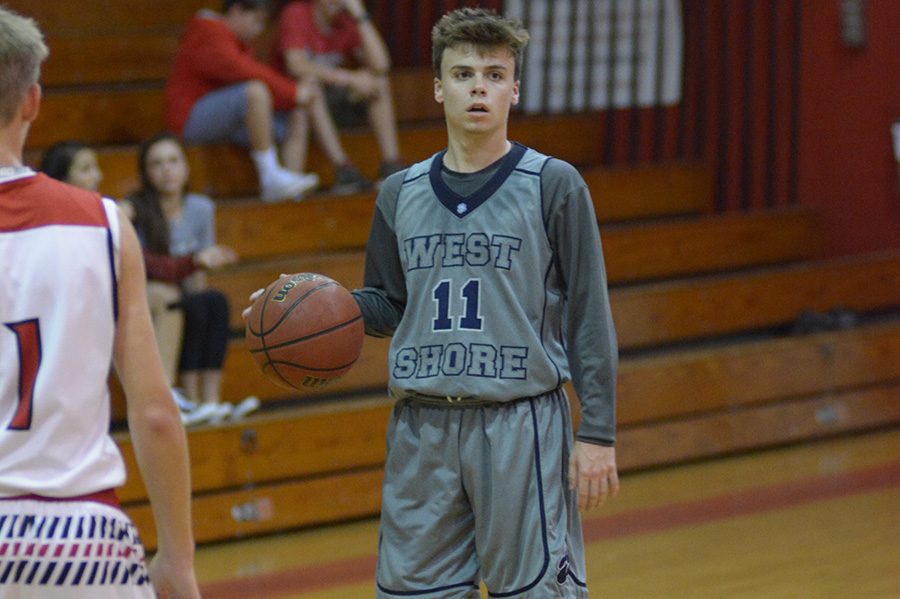 Senior point guard Travis McClendon was one of the leading scorers on last year’s team.

With a new season coming up fast, the boys’ varsity basketball team has been working to get in shape with a goal of improving on last season’s 11-14 record.

Team members have been conditioning twice a week for a couple of weeks and are trying to get more comfortable playing with each other.

“We’re lifting and running to get in shape as well as getting plenty of shooting in,” junior shooting guard Ishaan Jathal said.

The team is having to deal with the loss of two influential players: Khalil Paul and Tony Hedrick, who graduated in May.

“Individual roles will change slightly, so Travis [McClendon] and I are going to have to step up our game and pick up Khalil’s role,” senior shooting guard Auston Gonzalez said. “Our team is going to have to show a tremendous level of maturity.”

The team also must adapt to a new coaching style. Wardell Collins was hired to coach the team after previous coach Robert Salazar resigned during the summer.

“The new coach is going to bring in great ideas and a fresh system,” Jathal said. “We were in huge need of a change to our offense.”

The team will play its first preseason game Nov. 19.