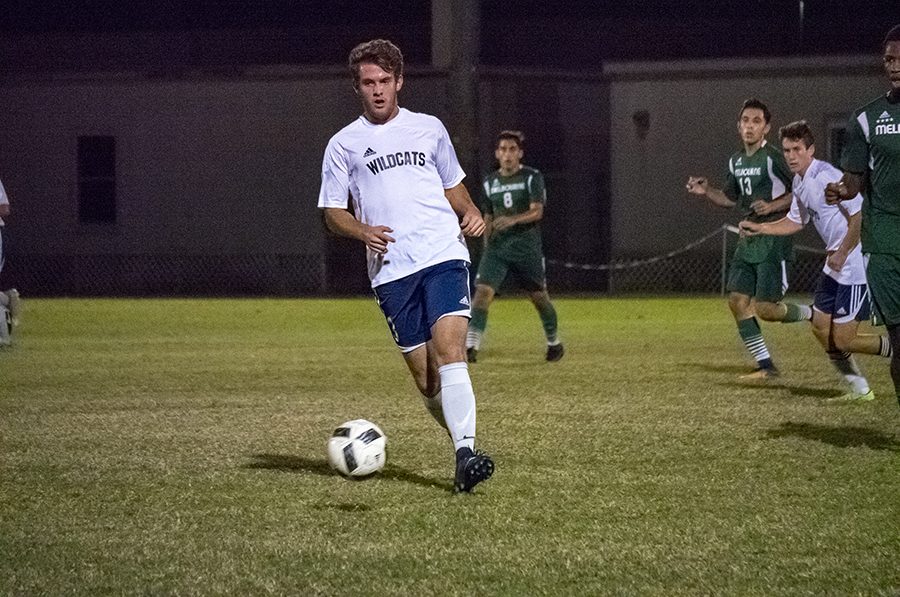 The varsity boys’ soccer team plans to kick all other teams out of the park this season with old players stepping up as leaders and younger players getting a chance to contribute to the team’s tradition of success.

The boys made it to the Final Four last year, as well as two other occasions in the past four years. Junior goalkeeper Cooper Stein said he’s confident this team will advance once again into the Final Four and possibly return to the State Final for the first time since 2017.

“Last year we made it to the Final Four which by itself is a very big accomplishment,” he said. “So I believe we can match that this year and maybe even go a step further to the finals.”

“The chances of moving on past districts are really high because [Melbourne Central Catholic High School] is the only other good team in the district, and theoretically we wouldn’t see them until the final,” Robidoux said.

The boys’ team lost its two starting center defenders Brandon Benitez and Liam Wiles, who graduated in May. Leaving the Wildcats to wonder who will replace them.

“This year finding guys who can step up and fill those roles will be key to a solid season,” Stein said.

This season’s hope is not only to win and continue advancing in the district tournament but to include everyone on the team not just make it an “upperclassmen job,” Robidoux said.

“This year we want it to be an entire team effort and not a situation where the other kids look up to the seniors to do the hard work,” he said.

The season will kick off next Tuesday at Melbourne High School.