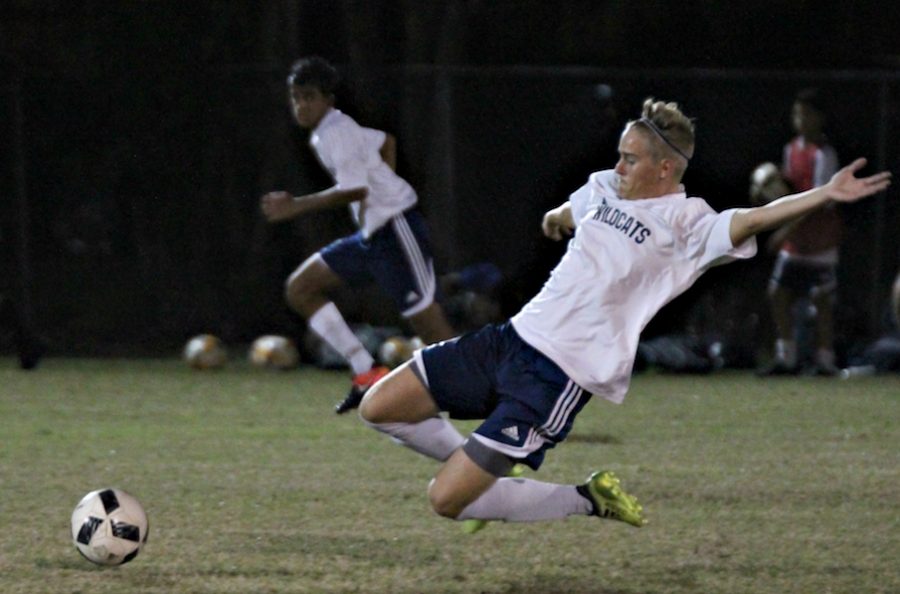 The boys spent a lot of the first half down 1-0 due to a Viera corner-kick that was rebounded into the goal.

Junior Matthew Rabel said the goal had caught the team off guard, but the Wildcats were able to come back in the end with five goals.

“Most of the goals were actually scored later in the game,” Quigley said. “Their morale kept decreasing, the more goals they conceded, which pretty much opened up the floodgates.”

Viera is known for being one of the better teams in the Cape Coast Conference, but the final score came to a surprise to some of the players for West Shore.

“Viera usually is a challenging game and we knew a lot of players from club [soccer], so our expectations were that they would come out with intensity and we would have to work twice as hard as them,” Quigley said.

The Wildcats’ next game will be at home against Bayside on Thursday at 7 p.m.