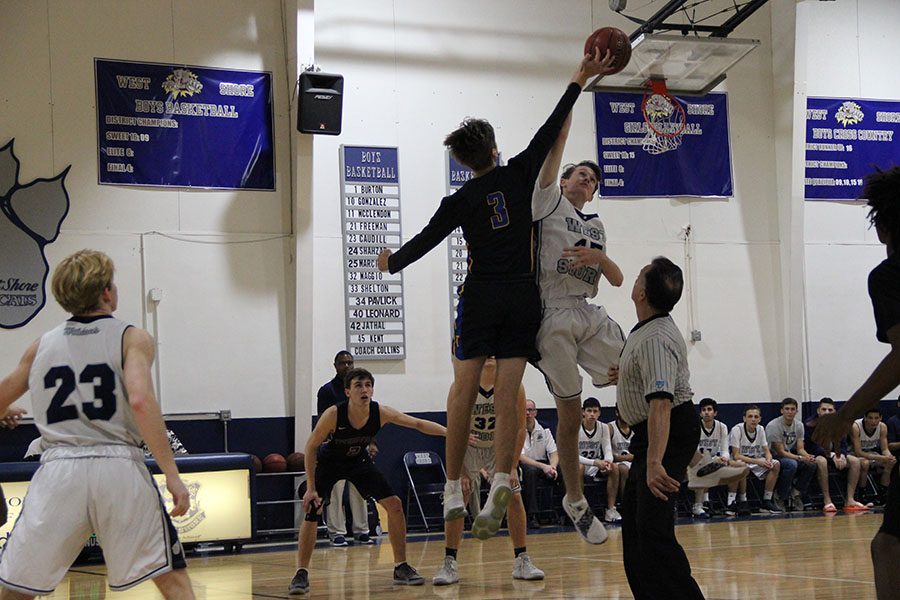 The boys’ basketball team is mentally and physically preparing for Monday’s tryouts.

Players have mixed feelings on the buildup to tryouts

“I’m excited to figure out who will be put on which teams,” Jesse Bratman (10) said. “I’m also nervous for where I’ll go.”

There is optimism, though.

“I think the work I put in over the summer at conditionings will put me where I want to play,” Bratman said.

Other players don’t have tryouts to look forward to.

“I am not cleared to tryout on tryout day but I will be cleared shortly after,” said veteran starter  Zack Shahzad (12), who is recovering from an ankle injury. “I anticipate this year to be the year where we change history. I believe the varsity team this year is deeper than last year and my sophomore year.”

“I think we really have a chance this year to have a more winning season,” he said. “We just need to continue the work.”

Shahzad has goals for this season.

“The goal is to have a winning season  and bring a district championship to West Shore,” he said. “It would be the first time in school history and in my last year of playing. We have three two-year varsity guys, and we have eight one-year-varsity guys returning, so the chemistry will be really solid.”