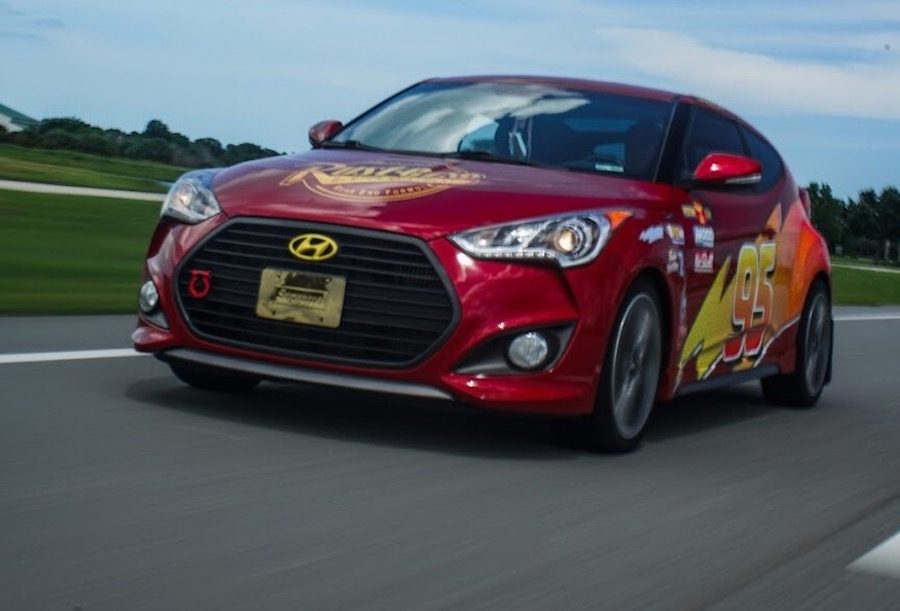 Junior Andrew Catti gets his car professionally photographed for his recent wrap that he added to his car.

For his 16th birthday, junior Andrew Catti received his first car, a 2016 Hyundai Veloster Turbo. Since then, Catti has made numerous modifications and additions to his ride.

“I’ve had the car for 10 months now and I have spent thousands of dollars on my car and I haven’t regretted any of it,” he said.

At first, Catti wasn’t allowed to make any modifications to his car, but eventually, he wore down his parents and added one of his cars most profound features.

“I bought Lamborghini doors off of eBay with the money I make at Genna Pizza and reselling products online,” he said. “After I installed the doors, I put the word “Supreme” on the sides of my car in six-foot lettering.”

“I go to kids’ birthday parties for free and allow kids to ride and look around in my car,” he said. “It makes me feel good about myself that I have something to share with the community and being able to put a smile on peoples’ faces.”