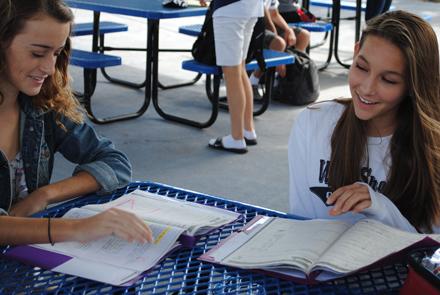 Enjoying the nice weather, freshmen Grace Alcock and Mikayla Almeida spend Spanish class studying outside under the pavilion. “It’s stuffy in the classroom, so it’s nice to have a bit of freedom,” Alcock said. The cooler weather is expected to last through the weekend with temperatures in the sixties.