No Obama for you 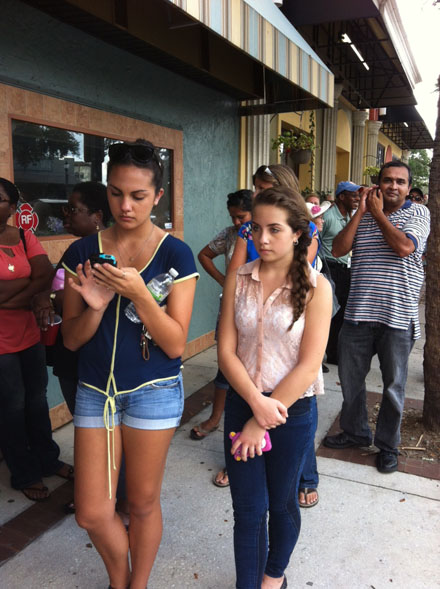 Freshman Karas and junior Monty Karas wait in line in downtown Melbourne on Friday for tickets to see President Barack Obama. After three hours, the sisters learned that all the tickets had been claimed. “Obama is such a good speaker and after sweating outside since morning,” Monty said, “I was beyond angry I didn’t get tickets.” Obama was to speak at Florida Institute of Technology on Sunday.