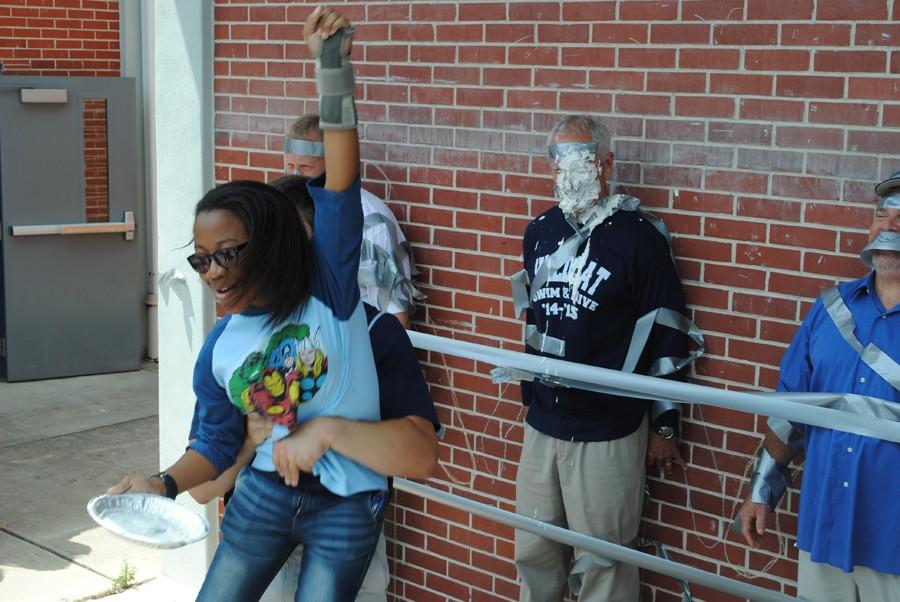 Senior Zuri Lawrence celebrates after hitting Assistant Principal Robert Farrell in the face with a whipped-cream pie Thursday during lunch. As part of a Senior Class fund-raiser, Lawrence purchased 10 feet of duct tape at $1 per foot for the privilege of antagonizing an administrator. “He deserved what was coming to him,” Lawrence said. “He’s such a great person. It was his belated initiation to West Shore.” Along with Farrell, Principal Rick Fleming, Assistant Principal Lisa Kratz, Athletic Director Tony Riopelle and history teacher Bob Sarver were taped to the wall in the commons area and hit in the face with pies by the five students who bought the most tape. Proceeds from the event will be used to help fund the for Senior Picnic on May 26.