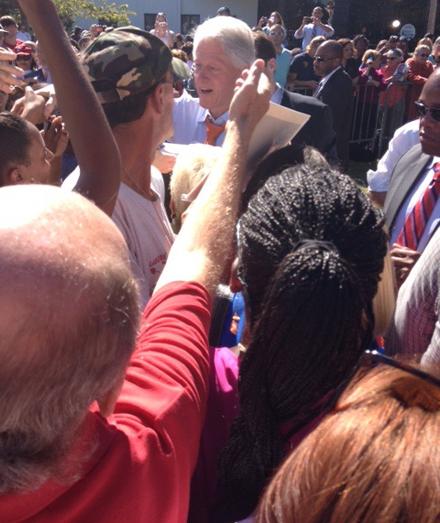 Former President Bill Clinton visited Brevard Community College’s Palm Bay campus on Friday to help drum up support for President Barack Obama before Tuesday’s election. Clinton said he’s more enthusiastic about Obama now than he was four years ago. Several West Shore students including juniors Nicholas Baker, Brady Kelsey, Nora McSorley and Sierra Purden attended the rally. “I went because I still respect Clinton as a president and leader of the country even though I don’t agree with his ideology,” Purden said. “It was a cool opportunity because he was so local. If I was able to vote, I would still vote for Romney.” Clinton’s speech impressed McSorley. “I thought it was really interesting how many people were actually there because usually Brevard is a Republican-dominated area,” she said. “[Clinton] was very straight-forward as to what he believed. He didn’t falter at all in the message he was trying to deliver. Obama — four more years.”