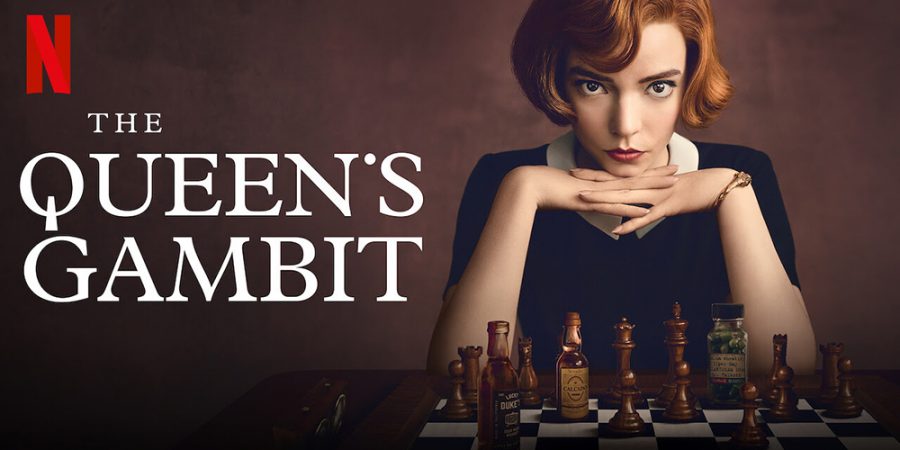 The seven-episode miniseries, “The Queen’s Gambit,” explores Beth Harmon’s life as a prodigy chess player, struggling with her new found obsession and a drug addiction. Even for those with no interest in chess, “The Queen’s Gambit” is an excellent watch if you are a fan of dramas.

The Hollywood cliché of the prodigy student and reluctant teacher provides a great dynamic. Harmon learns chess from an orphanage janitor. During her time at the orphanage, she becomes addicted to pills, convinced they enhance her chess-playing skills. The creators are to be commended for excluding the stereotypical, villain-like characters in the orphanage. Even with those tropes removed, a difficult time in Harmon’s life is still portrayed.

Throughout the series, the audience sees Harmon hit rock bottom and rise back up. The way her drug use is shot and described manages to present the topic without glorifying it. The show illustrates that even with pure talent, you need help from your friends and family to truly succeed in life.

Harmon’s character, played by the amazing Anya Taylor-Joy, is

well-developed during the course of her journey. All leading and supportive characters put on strong performances, with no exceptions. The way the characters were written feels organic and realistic for the setting. But the best scenes with Anya Taylor-Joy are when her character is alone. Even when she is playing chess, viewers can pick up her facial ticks reflecting when she is frustrated, confident or defeated.

The relationship Harmon has with her adoptive mother is compelling, and her friend, Jolene, from the orphanage is also a fun addition. The fan-favorite seems to be the American chess player, Benny Watts, played by Thomas Brodie-Sangster. The show does a great job of developing the supporting cast even though the show is through Harmon’s perspective.

Between the production changes, costume designs and soundtrack, the slow fade from the 1950s into the 60s is evident. The entrance of the Cold War era adds to the show both visually and structurally.

The finale proves satisfying and wraps the story into a perfect package with a bow. A second season isn’t needed. Viewers watch chess games as if they are streaming the Super Bowl. “The Queen’s Gambit” is by far one of the most well-developed pieces this year. With a 99 percent on Rotten Tomatoes, its high rating proves accurate for this must-watch.