The death of diversity training 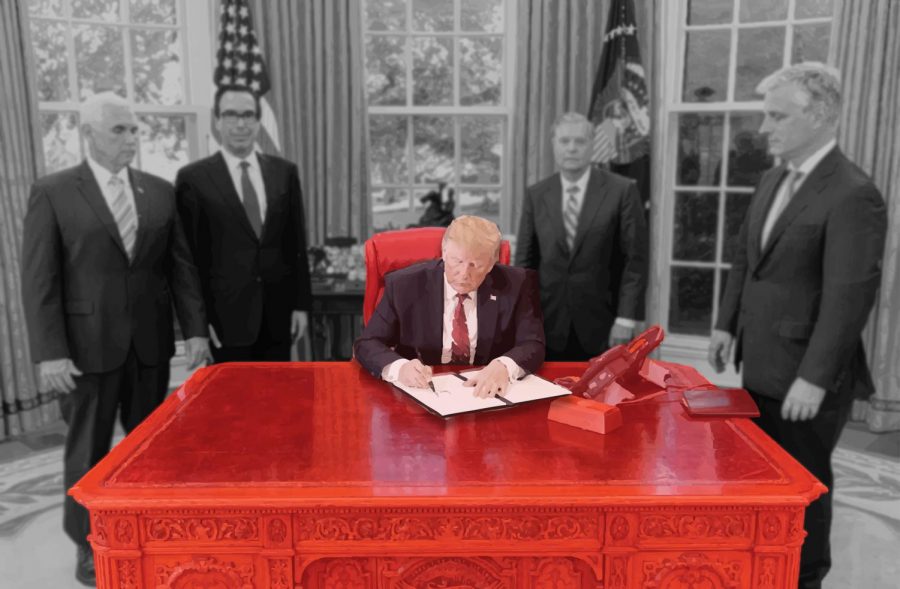 On Sept. 22, President Donald Trump passed an executive order titled “Executive Order on Combating Race and Sex Stereotyping” which bans the teaching of diversity training in federally funded organizations. This includes major tech companies like Microsoft, Google and Amazon, who risk losing millions of dollars in federal aid if they don’t conform to this order. Among the concepts banned from discussion include systemic racism, sex discrimination and racial stereotyping. This order has raised more than a few eyebrows and caused a number of lawsuits by civil rights groups like the NAACP Legal Defense and Educational Fund, Inc., and rightfully so. This ban is a blatant attempt to further divide a country that is already experiencing some of the highest levels of civil unrest in American history. His reasoning behind this ban is shaky and ridiculous. Some of the language and word choices he uses in this executive order are subtle. But the order sounds like a piece out of a radical manifesto and leaves readers confused about its true meaning and intended audience.

At the beginning of Trump’s executive order, he claims he is issuing the order in hopes of promoting unity in the federal workforce. He then has the temerity to compare his actions to the actual heroic actions of African American groups and people like Martin Luther King Jr. and the 54th Massachusetts Infantry Regiment. Trump uses this comparison as if to say “you can’t call this executive order racist and divisive.” And he does so while trying to relate to the heroic African Americans, who made actual sacrifices for the betterment of society.

It’s insulting to think Trump believes the majority of Americans are ignorant enough to fall for this charade of him issuing this order with an intent to unite. Then again, maybe he’s not addressing all of America. The majority that does believe him are most likely his supporters, which undeniably includes racist, radical white supremacists and militia groups that thrive on hateful and divisive ideas.

There are several points Trump makes in his executive order to justify censoring organizations from teaching about diversity. One point he tries to argue is that  people promoting diversity training believe “racial and sexual identities are more important than our common status as human beings and Americans.” Race and sexual identity is a huge part of being an American. These identities are what makes America special; being able to express who you are and feel safe about what you look like makes America “the land of opportunity.” America is a nation of unique individuals coming from all walks of life, which is why this nation is great in the first place.

Another one of his points – which includes subtle yet odd word choices – is when he claims the training is “designed to divide us and to prevent us from uniting as one people in pursuit of one common destiny for our great country.” No, it’s actually meant to unite people through education and foster an understanding of other people’s race, religions and cultural backgrounds. In regard to his choice of words, it makes it seem like he is addressing a specific group of people, not America as a whole. Who does he mean by “us?” The American people? It feels as if he is targeting his base and using this as a subtle rallying cry to cause division and scare them into thinking that their freedoms are under attack. Ironically, this order is a blatant example of censorship, which is a bigger threat to individual freedoms than educating workers about diversity. And what exactly is this destiny being pursued for our country? Because some Americans are skeptical about what Trump sees as a destiny worth pursuing considering he’s all but welcomed racist, homophobic, Islamaphobic, Nazi-loving white supremacists into his arms and political rallies. Maybe those are also the people he means by “us.”

This cowardice towards acknowledging that systemic racism is real is appalling. A notable example of systemic racism can literally be found in the Constitution of the United States is the Three-Fifths Clause. As much as he’d like to, Trump cannot alter history, but he could change the future for good. Instead, he has chosen time and time again to divide this country. Ignorance stems from being uneducated, and this order aims to make people ignorant.

While this executive order may seem like something small right now, it has the potential to pave the way for other more threatening executive orders and laws that threaten freedom of speech, religion, and even the right to bear arms. What’s next? People can’t be hired because of their race, religion or sexual orientation? People can’t practice their religion because it violates the executive order saying they can only practice the government-approved religion for the sake of “uniting people?”

Even in the title, you can see the hypocrisy. The whole point of diversity training is to combat race and sex stereotyping, not promote it. Unlike this order, diversity training helps workers understand each other since they are being educated about some of their co-workers’ backgrounds.