‘Into the Spider-Verse’ mesmerizes 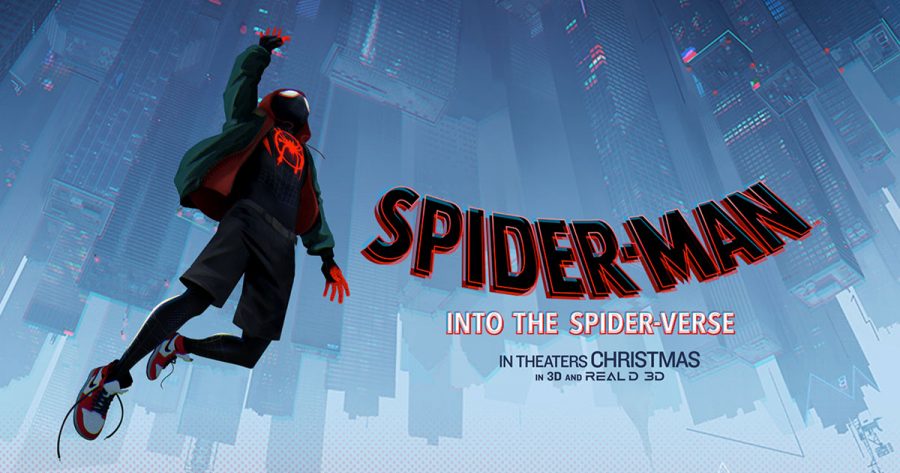 “Spider-Man: Into the Spider-Verse” steps into new territory as it’s the first Spider-Man film to be animated instead of live-action, which allows for more creativity in character design and environments, but also a first time in a Spider-Man movie.

The Peter Parker we all know and love isn’t the center of attention as now a younger Miles Morales takes the mantle of Spider-Man. Miles Morales as the main character makes his own path and has to realize his potential unlike Peter Parker who learned from the death of his Uncle Ben and his countless years as Spider-Man, this contrast allows viewers similar to Miles to easily relate and project themselves onto him.

Throughout the movie, Morales will be faced with the struggles of being a “Spider-Man” whether it be learning how to use his new powers or juggling his new identities.

The main grabber for the movie is that there are multiple spider-powered individuals, each of them are given a different personality and design aspects that makes them unique such as Spider Ham being able to store objects inside his pockets similar to other cartoon characters.

With a variety of Spider-Men from Spider-Man Noir, a spider-powered detective to Peni Parker, a student who pilots a futuristic spider suit.

As for the villains, their designs are similar to their source material while still finding ways to make each villain memorable as the Kingpin fights to get his family back or the Prowler’s connection to the Kingpin.

However, some are given more attention than others, Kingpin is given an entire back story to describe his while the monstrous Green Goblin is given around 10 minutes of screen time with no explanation to why he’s fighting Peter Parker in an underground lab.

The story has its message of taking the leap of faith in case of Morales’ jump to become the next Spider-Man or learning to acknowledge past mistakes.Overall, the film captures the essence of a Spider-Man film with extra sprinkle of flair accompanied by a recognizable cast of voice actors, a simple to understand plot and mesmerizing visuals.