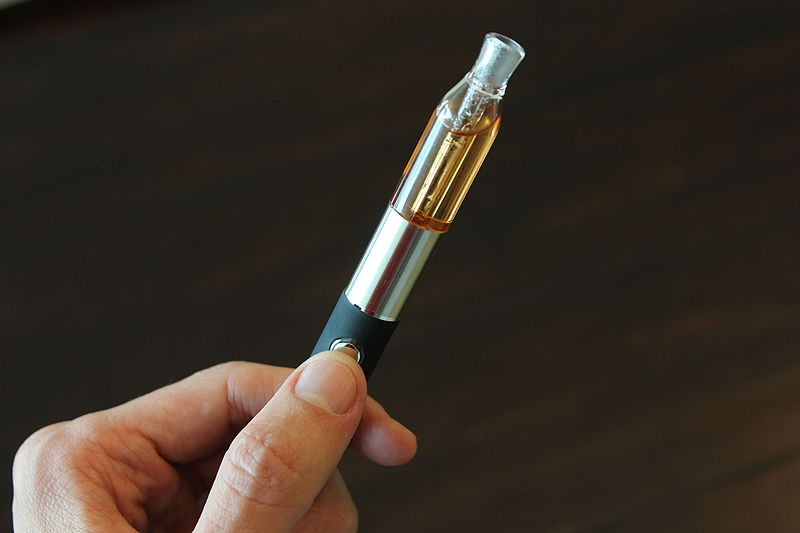 I recently saw a fellow student not much younger than I am, strolling in the parking lot to their car with a thick cloud of chalk-white smog trailing behind. I instantly knew what I was looking at: a vapor cloud from an e-cigarette. It’s an upsetting thing to see, really. A kid sucking down toxic chemicals  he thinks are “healthier” over what’s found in a traditional cigarette. It would seem Gov. Ron DeSantis also sees vaping as a healthy alternative to cigarettes or other non-electronic means of smoking for young people. He recently vetoed Senate Bill 810, which would have raised the age required to buy tobacco and nicotine products from 18 to 21. To put it simply, this was a shortsighted, selfish decision.

E-cigarettes — also referred to as “vape pens” or “vapes” — simply haven’t been around long enough to determine how deadly they are and what the damage will be in the future. The reason vaping seems like a less dangerous alternative to traditional cigarettes is because not enough people have died or gotten sick from lung diseases — and other complications that come from puffing on a toxin-spewing apparatus — to show up as a striking statistic. Does DeSantis plan on waiting until hundreds of lives have been lost to the e-cigarette industry before doing something? Does he truly think that vaping is a safer alternative? Vaping has already been declared an epidemic by the United States and Florida surgeons general. This veto will surely encourage young teens in high school to seek out their older peers who can legally buy addictive nicotine-dispensing products. Plenty of 18-year-olds are still in high school and able to give their peers access to nicotine products, fueling the problem high schools are facing with vaping.

DeSantis will have you believe that he vetoed this bill with good intentions, that he made addictive nicotine products readily available to young people because he cares about the youth. Don’t be fooled. He stated that the ban on vape products would ruin small businesses because he knows that young people are purchasing these products, so he can’t plead ignorance. He knows who the target demographic is for these harmful products. Has he not noticed how the predatory advertising techniques used by vaping companies like Vuse are disgustingly aimed at young audiences? Commercials with bright, flashy colors, cool shots of the vape pens spinning and dancing and waving in the faces of young, impressionable teenagers? The names given to vape juice flavors sound like a candy a young child would want: “Candy Crush” and “Blue Razz Lemonade,” being a couple of the top selling flavors. How naïve can he be?

It appears DeSantis cares more about furthering his own political career than he does about the health and safety of Florida’s youth. He clearly values economics over health. This should have been apparent when he threatened to withhold millions of dollars in funding for schools if they didn’t reopen while Covid-19 is still running rampant in our home state, and it’s even more evident now that he’s all but encouraging teenagers to continue vaping. Now is not the time to enable young people to vape, especially during a global pandemic with a virus that shows no mercy to any age, race or gender. The virus literally targets and compromises the health of the respiratory system and can cause long lasting health problems, like irreparable lung damage. Young people who consume the toxins from these e-cigarettes are going to be even more vulnerable to poor health.

DeSantis should rethink his actions so he doesn’t make the same foolish mistakes in the future with other serious issues concerning public health. Maybe after there’s more data due to death and disease among the youth of Florida, he’ll reconsider doing something about the vaping epidemic.