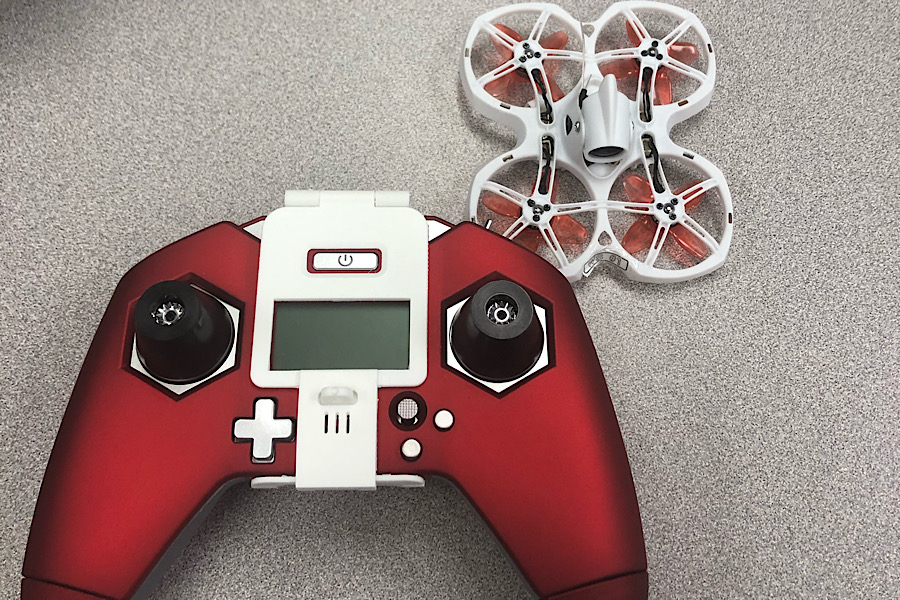 The Whirly Girls recently purchased new drones to replace their old ones and use them in the upcoming competitions, such as the Innovation Games, which take place on March 7.

The drones are a vast improvement over their past ones, according to Jill Whitacre, team coach and sponsor of the Whirly Girls.

“The drones we had were very inconsistent and they weren’t flying well,” Whitacre said. “So, we did a lot of research to see which drones were the most consistent for the amount of money we had.”

The team conducted extensive research before making its purchase.

“We went over to Orlando and spent a couple of hours with distributors,” Whitacre said. “We told them what we were using the drones for and who was flying them. They offered advice and helped us decide what to fly.”

The drones are faster and much more consistent. They also provide other benefits to the team and their performance.

“We all had to buy our own drones to use because a lot of the ones from the school were getting old and breaking. Now, we take our drones to and from school and can practice flying at home.” Abby Hedrick, a varsity Whirly Girl, said. “We first learned about these drones from the Holy Trinity team, as these were the ones they used. They are much easier to fly, and I look forward to using them in competition.”

The team is grateful for the help the distributors in Orlando gave in deciding what drones they should use.

“They were very helpful and they had a bunch of expertise on what drones we should use,”Abigail Watson, a varsity Whirly Girl said. “The drones have been working very well so far, so I’m glad that they could help.”

The new drones have played a big part in changing the way that the girls practice.

“These drones have helped us improve our performance a lot,” Whitacre said. “They are way more consistent. Before, with the other drones, we hardly ever had all of them flying at once. Now, we have them all pretty much flying all the time. That helps a lot during practices.”