Twenty years in, much has changed 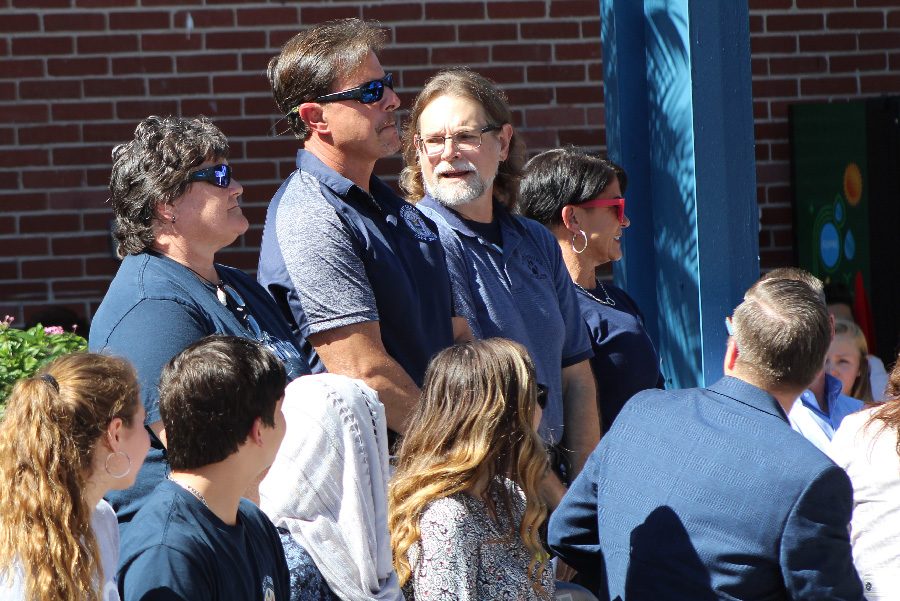 Bonnie Bettis, Greg Eller, Kirk Murphy and Nicole Anagnostis were all present on the school’s opening day in 1998.

Bonnie Bettis and Kirk Murphy are just two of the four teachers who have been at West Shore from the start.  There have been changes in the school, changes in how they teach and also big moments in their lives.

“Initially, none of us knew if West Shore was going to work or last,” Murphy said.

The campus opened in 1998 as Brevard County’s first School of Choice.

As for Bettis, there have been some similar changes in the P.E. department.

“Some of the changes that have happened over the years are; getting a textbook, the HOPE course going online, and students having the ability to opt out of the class,” Bettis said.

West Shore is different from most high schools.

“The students here are harder-working than what I have seen at other schools,” Murphy said. “The parents are much more approachable about behavior and/ or grades. The willingness of most students to do their Service Learning has stayed the same.”

During the past 20 years, there have been not only changes to their subjects, but also the school itself.

Students have changed since the opening of the school.

“The biggest change is the lack of desire to dress out and participate in the activities,” Bettis said.

One of the highlights of Murphy’s time here at West Shore, has been that his children attended the school.

“Having both of my children graduate from West Shore, my son Calin in 2003 and my daughter Olivia in 2009 was a huge plus for me,” Murphy said.

Bettis, too, has had some standout memories.

“My highlight was becoming Varsity Golf Coach of the Year from Florida Today from 2002 to 2003 and also being the athletic director,” Bettis said.

And what will the next 20 years bring?

“The biggest change I see is more and more learning being done online,” Murphy said. “Of course that will affect most classes not just social studies.”

Said Bettis: “I think in the next few years the HOPE class may totally go virtual.”