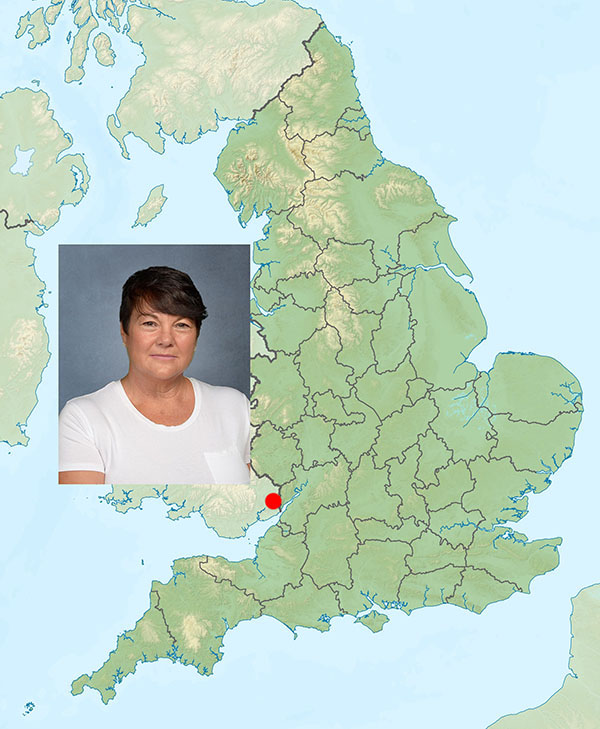 Reis was born and raised along the border of southwest England and Wales in a small city called Bristol. After a finishing a two-year business program at her college, Reis started work for a software company where she would soon meet her future husband.

“It’s quite a romantic story,” Reis said. “I was working as an office manager for an American software company in a small village which was really cute, and we were working in a renovated building that was like really old.”

Reis had been talking over the phone with people from the head office in Ohio, and those people took a trip to check in on the office in England.

“Some of the American engineers came over from the office company in Cincinnati and [Jim, her husband] was one of them,” she said.

After awhile, time had run out and Jim had to return to America. He invited Reis to come as well.

“He told me that the roads were made of gold in America and to come back with him,” Reis said. ” I said yes.”

Reis married her husband in the U.S and had two kids, Robert and Georgia. Robert now works as a mountain climbing instructor and Georgia is finishing up at St. Mikes in Burlington, VT, where she double-majored in accounting and French. Reis’ father still lives in England.

“We visit my father, who still lives in my childhood home, every year at Christmas,” Reis said. “My husband actually works as an engineer in Abu Dhabi in the middle east so we meet up for Christmas at my father’s house.”

But Christmas isn’t the only time Reis gets to see her husband.

“He’s not gone all the time,” Reis said. ” He’s gone for three months and then he will come home for two weeks.”

But while her family is away, Reis makes a home with her Wildcat family.

“I love West Shore,” Reis said. “Both of my children attended this school, and I loved it as a parent and now I love it as a teacher.  Both of my kids went off to out of state four-year schools and did great because of the foundation they got here.  The staff are extremely professional and the students are super, so it is all fantastic.”

Sebastien Simms (9) said he enjoys how open Reis is to assist everyone and anyone who needs it.

“She is very helpful and is always around to answer questions at Power Hour,” Simms said. “It’s especially nice that she has both [Power Hours] A and B available if you have somewhere else to be for lunch like at a club or meeting that you have to attend.”