Students’ car will take them to Monaco’s Grand Prix 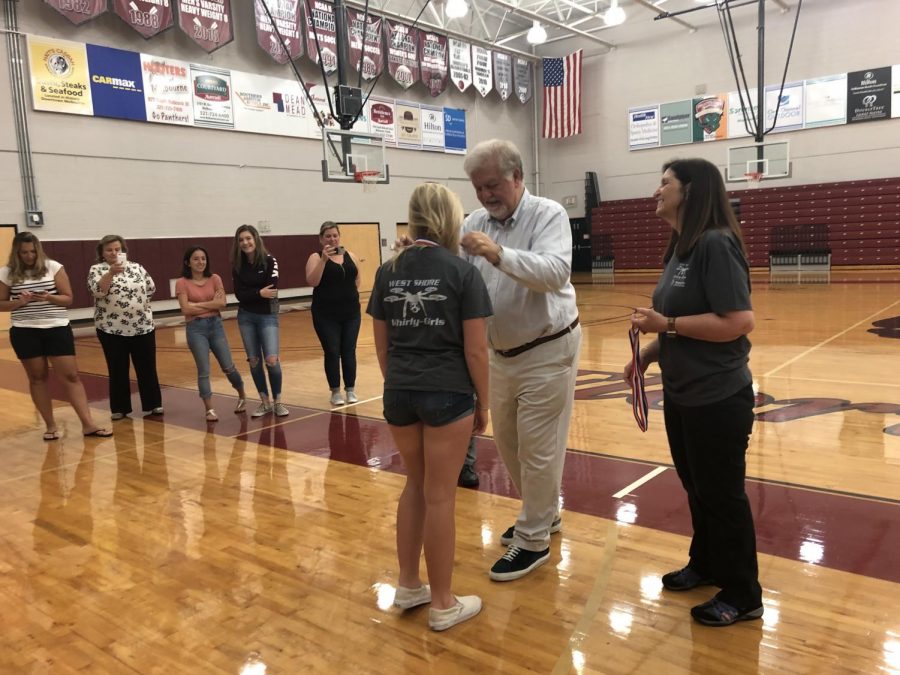 Sophomore Matt Kish and eighth-graders Aubrey and Abigail have advanced to the finals of the Monaco Mousetrap Car Grand Prix, which will be held May 24 in the city-state of Monaco, located on the Mediterranean coast.

The students built race cars powered by only a mousetrap. They competed in acceleration, endurance, innovation and creativity, as well as creating a video lesson that shows how to make a mousetrap car. Results were sent to the Mousetrap Contest Committee in Monaco where scores were compared with those of students around the world.

“I had to read the email three times to believe that I had actually read it correctly,” Robotics teacher and Mousetrap Car Competition sponsor Jill Whitacre said. “I didn’t think our chances of making it to the finals in Monaco were very good since we had no prior experience with this competition and we only had four teams competing.”

The founder and funder of the competition, Marco Casiraghi, visited the Florida Institute of Technology campus to watch the inaugural race for the school.

“He seemed very interested in us,” Aubrey said. “I can’t believe he actually wanted to watch it. He even took pictures of our cars and everything.”

The three students and Whitacre now go to Monaco to compete in the worldwide competition. Students will meet the prince of Monaco and have VIP seats to view the Formula 1 Grand Prix in Monte Carlo, all expenses paid.

“I was walking off the soccer field when my mom said that Ms. Whitacre wanted to know if my passport was current,” Abigail said. “I was in shock and couldn’t believe it. It’s just crazy to think that I get to have the opportunity to go to Monaco during the Grand Prix.”

“I’ve never even been on a plane, and now I get to travel across the ocean to another continent,” Aubrey said. “We had to get my passport expedited because we didn’t think that I’d actually make it to the finalists.”