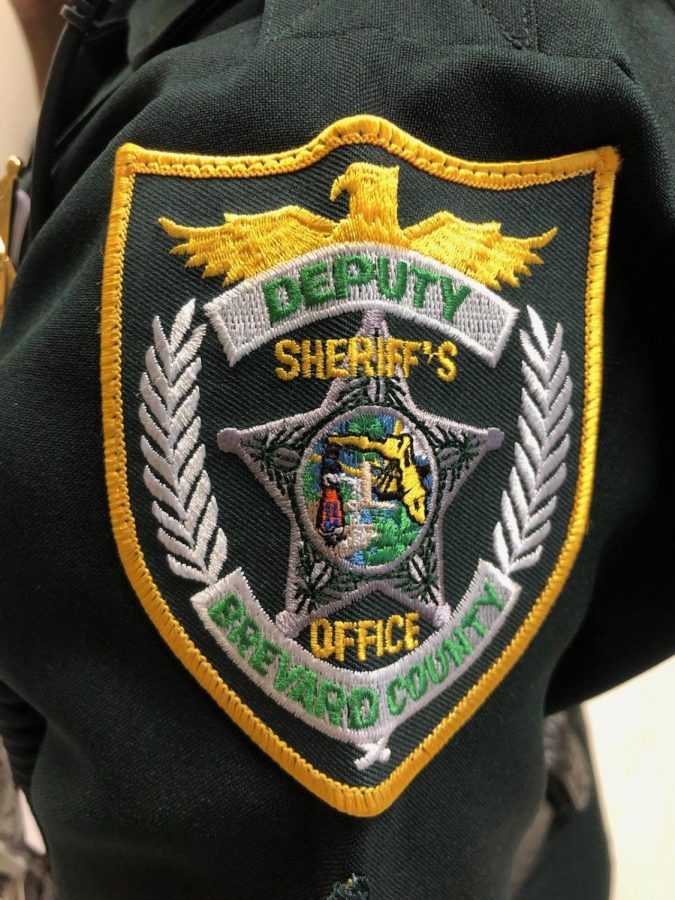 Amid the rise of the Black Lives Matter movement and calls to defund the police, the results of one local election may help decide the fate of law enforcement: the Brevard County Sheriff’s race.

Incumbent Wayne Ivey has served as a law enforcement officer for about 40 years, and has been Brevard County’s sheriff for almost eight years.

“Throughout my career I have been blessed to serve in almost every capacity of law enforcement including corrections, patrol, violent crime investigations, narcotic investigations, budgeting and leadership,” Ivey said. “I wanted to help lead the sheriff’s office so that we could help keep everyone safe but also to create one of the most professional agencies in the country.”

Newcomer Alton Edmond, who announced his campaign June 9, has worked as an attorney in Brevard County since 2013. Additionally, he worked as an intern in the prosecutor’s office, worked alongside law enforcement to track criminals, worked at the public defender’s offices in Orange and Brevard counties and at several law firms.

“But when I asked around and realized no one else was going to run against him, and he was just going to run unopposed to continue the same things that he’s been doing, I decided that enough is enough,” Edmond said. “After George Floyd’s unfortunate murder, our sheriff’s response to those instances really set a fire in me. People were talking about reform, and our sheriff was doubling down on those old anecdotes. I was going to run so that we can reform the criminal justice system here in Brevard County.”

“I am not running against an opponent,” Ivey said. “But instead I am running to continue earning the support and trust of our citizens. As sheriff I am always focused on lowering our crime rate, protecting our citizens, our cops and our constitution. When you remain focused on protecting the community, everything else takes care of itself. I know how truly blessed I am to have the support of our community and our agency members.”

Each candidate has faced a fair share of controversy. For Ivey, a common controversial point is his “Fishing for Fugitives” and “Wheel of Fugitive” videos. The “Fishing for Fugitive” videos showcase Ivey casting a fishing line into the water and reeling in a picture of a wanted criminal plastered to a cartoon fish. The “Wheel of Fugitives” game-show style videos are once again hosted by Ivey, as he spins a wheel with 10 images of local criminals. Ivey then discusses whichever criminal the board lands on. The goal, according to Ivey, is to engage Brevard County residents in capturing criminals. Edmond, as well as other Brevard County residents, have called Ivey’s videos dehumanizing. But Ivey disagrees.

“With a success rate of over 80 percent in getting criminals off our streets, they are clearly beneficial to our community,” he said.

Edmond’s detractors, on the other hand, reference the fact he was fired by his previous employer in 2017. Edmond said the firing resulted from a FaceBook post. In the post, Edmond said he spoke out about discrimination he faced within the workplace.

“I was speaking in general,” Edmond said. “I didn’t say any names. But some of the people who worked there at the Public Defender’s Office knew what had happened and knew what I was talking about. So on that same day, my former boss fired me for speaking out against discrimination. Which, under federal law, is prohibited. I had every right to sue him and get my job back, but I didn’t want to work for him anymore. Once he fired me, I started my own practice and never looked back.”

But how will each of the candidates appeal to young demographics?

“I don’t strongly support Edmond, but I think he’s more progressive,” sophomore Madelyn Sorgenfrei said. “I like that he is more transparent than Ivey. He’s also a supporter of Black Lives Matter and he wants to change the community. I don’t like that he was fired from his old job for doing some bad things. “

Although she is not yet old enough to vote, Sorgenfrei remains informed and up-to-date on candidates.

“Ivey has been sheriff for eight years already,” she said. “I think it’s time for change. I guess it’s good that crime rates are down, but another person could probably keep them down as well.”

“I believe he truly cares about Brevard and the United States as a whole,” she said. “I think he’s the best sheriff that Brevard has ever had because he is well known around the community for helping citizens and homeless animals.”

“Sheriff Ivey is a good leader, a leader in the community and an animal protection advocate,” Stern said. “I don’t dislike anything about Sheriff Ivey. If Sheriff Ivey is re-elected, I want him to continue on with his service to protect and serve the people of Brevard County.”

Hughes, like Sorgenfrei, decided to research the opposing candidate as well.

“I like that Edmond is very well-educated and seems to have a good job as a lawyer, but I dislike that he has no experience in law enforcement,” Hughes said.

“I believe that [Edmond] can play a big role in reforming the [Sheriff’s Department] when it comes to issues like police brutality and making sure that police officers who commit acts of racism on duty have consequences. An example of this, is that he says he would ban the use of vascular neck restraints.”

Girard has a degree of personal insight.

“Ivey is actually a neighbor of mine,” Girard said. “He’s a nice guy and I like that he’s a strong leader. [But] I don’t like that he supports the use of vascular neck restraints.”

Edmond said he saw Shawn’s video, and was later contacted by Shawn’s father.

“[His dad] shared how inspired he was by his son being active in this race and being interested in this race,” Edmond said. “And his dad learned information about the sheriff’s race from research his son had been doing. His dad became more activated and was so proud of his son.”

Edmond said he decided to reach out to Shawn Humphrey “to let him know how proud [he] was of him for using his platform for positive reasons and engaging politically.” As a result, Edmond and Humphrey broadcast an IGTV video on Instagram together.

“I liked [Edmond] and am very excited to vote for him,” Humphrey said. “And when we had that Instagram Live, I sent him the questions and everything I planned to touch on the day before. And I was just blown away. Because I already expected him to come ready with the answers, but the people kept asking questions in the comments section, and he came ready with in-depth answers to those questions too. On top of that, there were things I thought he would touch on, he went more in-depth and surprised me with his answers.”

Humphrey said one of Edmond’s primary goals is to reach younger voters.

“That’s a very big voter base that’s not really tapped into in Brevard County,” Humphrey said. “That’s when I suggested doing the Instagram live video. I’ve tried to stay as objective as possible, but with the fact that I don’t work for anyone, and that I’m kind of doing this out of my own free will, I’ve realized that while it might remain in my best interest to remain as objective as possible, I don’t have to be all the way in the middle. So with my opinions and what I’ve put out it has ended up with me promoting his campaign. And I feel that’s the fair thing to do. I feel like a lot more people don’t know about him. And if we did know more about him, we could make a more educated decision.”

Both candidates have promoted their message through social media and community connections. Ivey said if re-elected he plans to continue “putting bad people in jail, protecting our community, standing up for our citizens rights, working to lower the crime rate even further and maintaining the most professional agency in the country.”

“First and foremost our vision for lowering the crime rate has been effective with the crime rate dropping almost 42 percent since I became Sheriff of Brevard County,” Ivey said. “In fact, last year we had fewer reported victims of crime than any time in the past 40 years while the population of Brevard County has significantly increased. In addition, our agency has developed strong partnerships with our community that have not only helped lower the crime rate but have also helped local charities raise millions of dollars to further their mission of helping those in need.”

“The Brevard County Sheriff’s Office is the largest agency in the county and serves the ninth largest county in the state so it requires a leader who has not only served as a law enforcement officer but who has the experience of leading a large agency while managing a significant budget of millions of dollars,” Ivey said.

In comparison, Edmond advocates for “transparency” and “civility.” He said he intends to publish the sheriff’s budget for anyone to access for free at any time. Edmond said accountability is important to him.

“In the first 30 days, [I want] to meet with leadership so they know the direction I want to move in,” Edmond said. “Based on community policing, and based on real, genuine connections between police law enforcement and their community. I want deputies to get out of their cars and talk to people in the neighborhoods they patrol. I want people in the community to know the deputies that patrol their neighborhood on a first-name basis, so there’s a restored trust between the Brevard County Sheriff’s Office and the community. Because there’s a lot of people who believe their trust has been broken. I would hold those deputies accountable, so they don’t hurt the reputation of good officers who just want to protect the community. The current sheriff has had deputies commit crimes, things like DUIs [and] domestic violence on their spouses. And they kept their jobs. A normal citizen convicted of domestic violence battery would lose their gun rights for life in Florida.”

With the election Nov. 3, both candidates are working to gain voter support.

“Our team and tremendous core of volunteers have been working every day to make certain we are successful on Nov. 3, 2020,” Ivey said. “Our campaign is focused on talking every day with members of our community, distributing signage to our citizens and businesses, successful fundraising, and following our campaign strategy. The reality of our campaign is that our citizens trust me to serve as their sheriff and know that I work hard every day to protect them and their families while also making sure that our agency is one of the most professional and respected agencies in the country.”

The sheriff position is not designated as a partisan position by the state, however Ivey is a registered Republican and Edmond has been a registered Democrat since 2018. While Ivey and Edmond may have differing political affiliation, both agree that politics should not impede on the sheriff’s duty to protect.

“In Brevard County the sheriff runs as a partisan candidate,” Ivey said. “However we serve all of our citizens. When you call 911, we don’t ask what party you are affiliated with, we ask you where you are so we can come save your life.”

Said Edmond: “I absolutely disagree with the sheriff race being a partisan race, I don’t think it should matter,” Edmond said. “It’s fair and accurate for me to be labeled as the Democratic candidate. But I don’t think this office should be executed as a partisan. And when I do my duty as Sheriff of Brevard County, I would do so in a non-partisan way.”