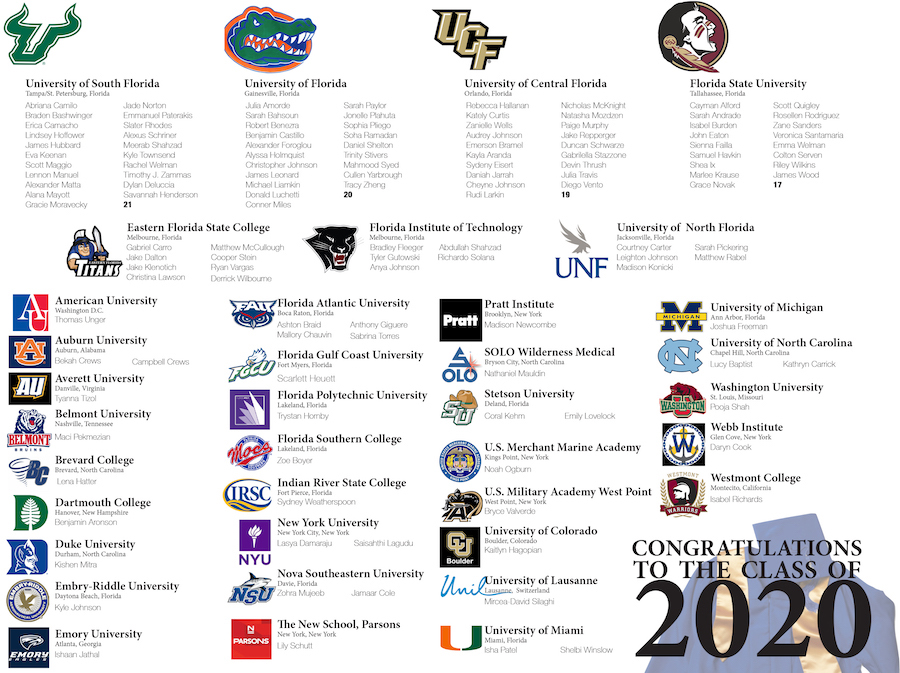 The graduation ceremony is known as commencement, a word that means a beginning or start. And that’s just what West Shore seniors will be doing as they transition from high school to the ranks of colleges located throughout the state, across the nation and beyond. A survey conducted by “Roar” has found that 110 will attend in-state colleges next fall, with the 21 headed to the University of South Florida, 20 to the University of Florida, 19 to the University of Central Florida and 17 to Florida State University. New York ranked as the second-most popular destination with seven students attending six different institutions followed by four students headed to three schools North Carolina. Two seniors plan to attend college west of the Mississippi and one plans to study in Switzerland.