Families of federal workers look for hope in Trump address 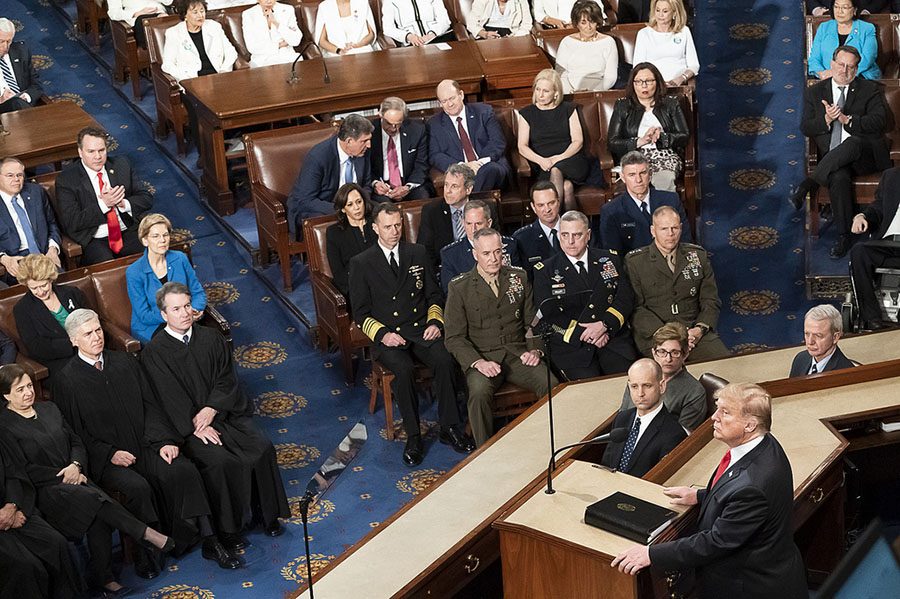 Senior Lauren Seifert made sure to carve out time from her busy schedule to catch President Donald Trump’s State of the Union address on Tuesday night. The reason? She is worried about her family’s income because her father Chip works in the Department of Defense.

“I would definitely consider myself lucky during the recent shutdown,” Seifert said, “Before I realized that my dad was fully funded, it was definitely very concerning but a lot of people who worked under him — since he’s a chief of staff — were considered nonessential, were not working.”

During the speech, the president addressed a variety of problems ranging from immigration to healthcare. One of the more serious issues is a looming second government shutdown just week after a 35-day hiatus saw 800,000 federal employees — who were deemed non-essential — thrown out of work.

On the Space Coast, home to more than 14,865 NASA employees, Brevard County was directly affected by the recent shutdown. Some students and even teachers on campus worried about the potential loss of income.

Junior Noah Carro especially felt the pressure with both of his parents being unemployed as a result of the shutdown.

“The government shutdown it was a very long time where my parents weren’t getting paid since my mom is an assistant librarian for Palm Bay High and my dad is a contractor,” Carro said “My mom’s going to get back pay since she’s a librarian. It’s not that much, but my dad since he’s a contractor, all that time is completely gone.”

The shutdown also has affected chorus teacher Amy Davis, whose husband Steve was idled for more than a month as a majority of NASA employees were deemed non-essential.

“Last month has been me not being paid and us living on a teacher salary for me personally and that’s how it’s been,” Davis said. “The first time the government was shutdown when I worked was 1995 and I just bought a house and you know anybody’s who has bought a house recently you know you end up spending more money in that process and closing it and making it your own and getting financing and interest and everything and I just went through that process four to five months later I was still eating beans and hot dogs and my paycheck stopped.”

Lawmakers temporarily reopened the government for 21 days in an attempt to compromise on the national budget and the funding of a border wall. But with this temporary window of compromise coming to an end, Trump reiterated his desire for compromise on immigration reform.

The thought of a second government concerns Seifert.

“You can’t ignore the thousands of people who were unemployed and couldn’t get their paycheck during the shutdown,” she said. “There’s a lot at stake here, and I hope they can get their act together and figure out a plan to move forward.”

For Editor in Chief Auston Gonzalez’s reaction to the State of the Union, click here.