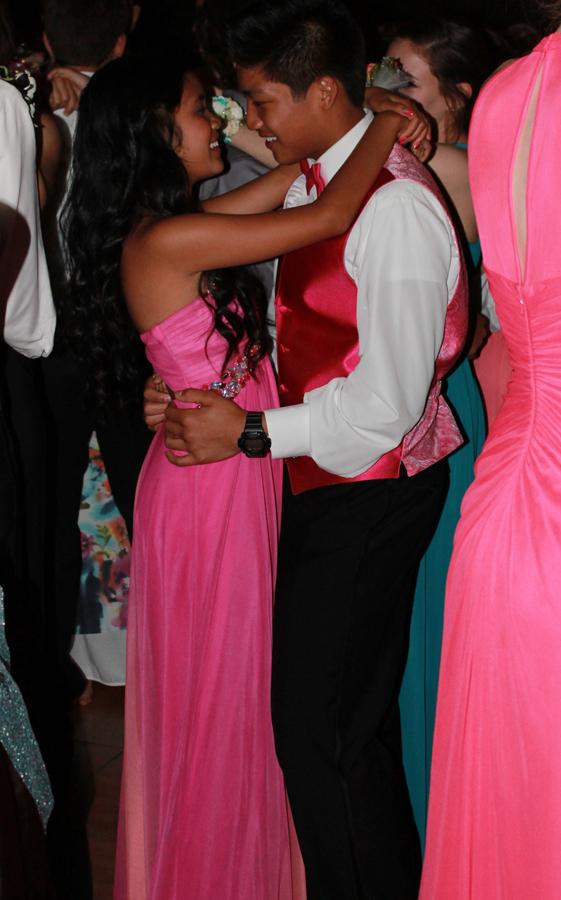 Junior Megan Turingan and her Prom date slow dance to a song.

Rumors were spread throughout the junior and senior class about whether the Junior Class committee would have enough money raised in time for prom. The rumors caused a lot of controversy right before Prom that left several students upset and disappointed at the junior class.

“Hearing about all these students that were doubting whether Prom will be a success or not just made me, Claire, and Marissa want to work so much harder in making Prom night a fantastic and memorable experience,” Junior Class vice president Taylor Kelley said.

Despite the doubts of the student body, the Junior Class ended up with extra money left over after Prom was all over. In addition to all the other fundraisers, 245 tickets were sold, so Prom made a profit in the end.

“I did doubt the Junior Class at first because of all the rumors I had heard, but I have friends on the committee who reassured me that Prom was going to turn out good,” senior Sarah Brusca said.

“The theme was great because it relates to Gatsby, which is very popular right now and all the decorations were really good looking you could tell a lot of time was put into making them,” Bellone said.