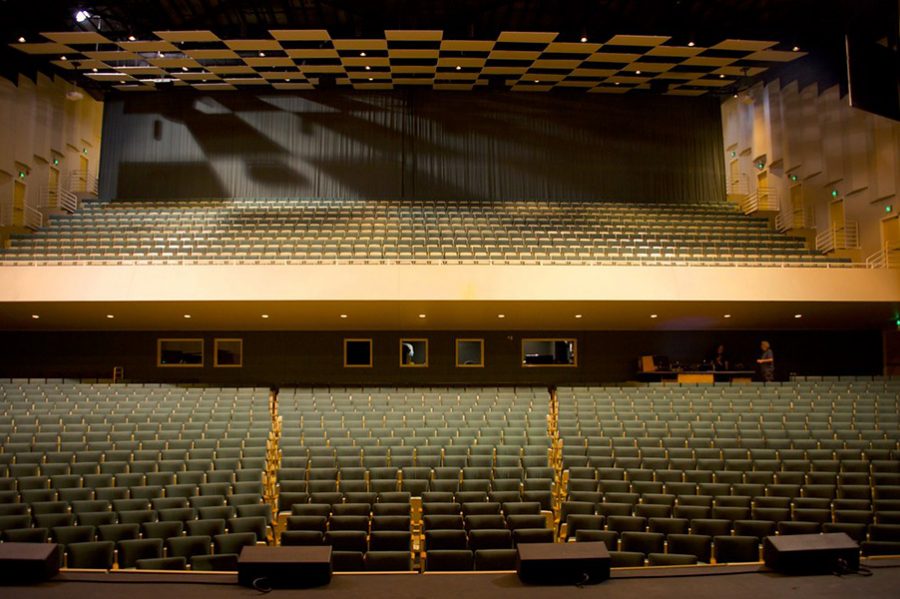 Because of social-distancing protocols, the King Center likely will be unoccupied on May 22.

Class valedictorian Sarah Paylor has spent years looking forward to a late-spring graduation at Melbourne’s King Center after watching her two older sisters walk across that stage in years past. But it became clear that dream will at least be delayed when Gov. Ron DeSantis made the decision last week to close K-12 schools for the remainder of the academic year.

“I’m definitely sad about it,” Paylor said. “All of the seniors look forward to that May [22] date and to know that it may not happen until  later is definitely disappointing, but it is the right thing to do.”

As a result of the governor’s announcement, Brevard Public Schools has released back-up plans for graduation as social-distancing regulations likely will still be in place through the month of May.

The plans states that schools will hold graduation ceremonies during the week of June 22, and that it‘s up to individual high schools to decide on a specific date and time. Those attending the ceremonies will likely have to adhere to social distancing protocol and limit the number of guests permitted to attend.

In addition, if restrictions are still in place through the month of June, graduation ceremonies will take place during the week of July 20.

After these alternative dates were released, Paylor became more hopeful that the senior class will get to walk across the stage.

“I feel like a July date is far enough in the future that it will happen,” she said. “Of course the CDC recommendations will have to be followed, but it will still be a ceremony.”

Finally, the idea to hold a last-resort virtual graduation ceremony is not out of the question. Brevard Public Schools Superintendent Dan Mullins stated in the news release that a traditional graduation is the best-case scenario for high-school seniors and their families.

“It is our greatest hope that we get to see our seniors cross the stage and receive their diplomas with their families looking on with pride,” he said.

Daniah Jarrah (12) said she would not be happy graduating online.

“I would be really disappointed if we had a virtual ceremony,” she said. “It’s a big step down, and it wouldn’t make anyone feel as happy after four years at West Shore.”