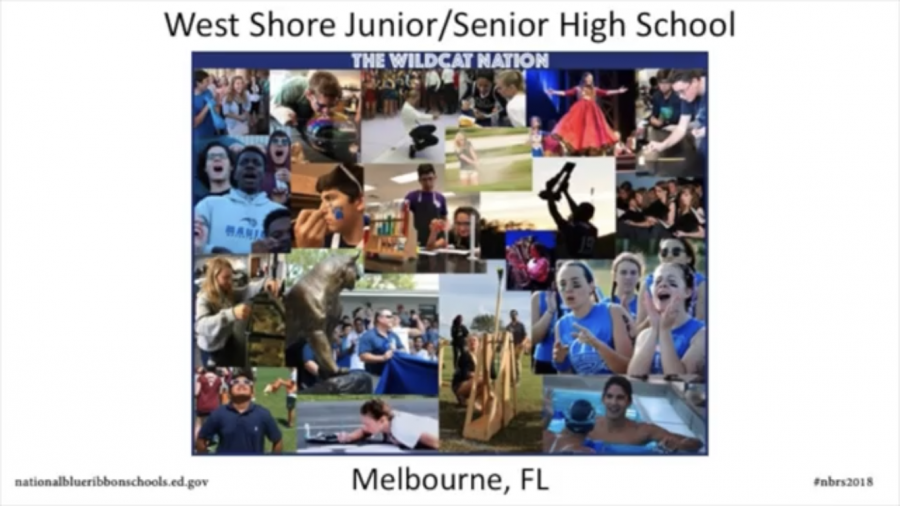 An image from the National Blue Ribbon award website

The school is commemorating the win of the National Blue Ribbon award Friday with an all-school celebration.

The National Blue Ribbon award is an award given by the U.S. Department of education based on a series of requirements, one being that the school must be in the top 15 percent of the state. This is the school’s third win and given that the year coincides with the school’s 20th anniversary, a celebration is being held for both students and staff to enjoy.

“We originally planned for it to be in the gymnasium,” English teacher Kimberly Bracken said. “Then we realized there wouldn’t be enough space for all our high school students and all our middle school students, along with teachers, staff and dignitaries.”

Now the event is to be held in the commons area. The school obtained sponsorship from the Bluebell company  so that all the students can have free ice cream. Each student will also be allowed two slices of pizza, regulated by a ticket system. Principal Rick Fleming, various students and former teachers will speak at the event.

The event will start after seven 20-minute class periods. After the speakers, the students will be able to participate in various activities around the school.

“We have a lot of fun things planned,” Bracken said. “We have everything from academic competitions to sports. There’s going to be a jam session in the band room, a few movies set up, quiet time in the library and games.”

Staff members will work to monitor the various activities and ensure the safety of the event. The previous celebrations have not been as elaborate as this one is planned to be, as it is partially intended as a reward to the students for helping the school win the award.

“I think this will motivate students to help get it again,” Warrick F. said. “It’s a reward for them. They won the National Blue Ribbon award and then they get all this cool stuff.”

Planning for the event began in October. Teachers and students have worked together to come up with something that everyone will enjoy, as well as manage the technicalities. Bracken is a new teacher on campus this year, she has been a part of the Wildcat Nation for four years through her son who attends.