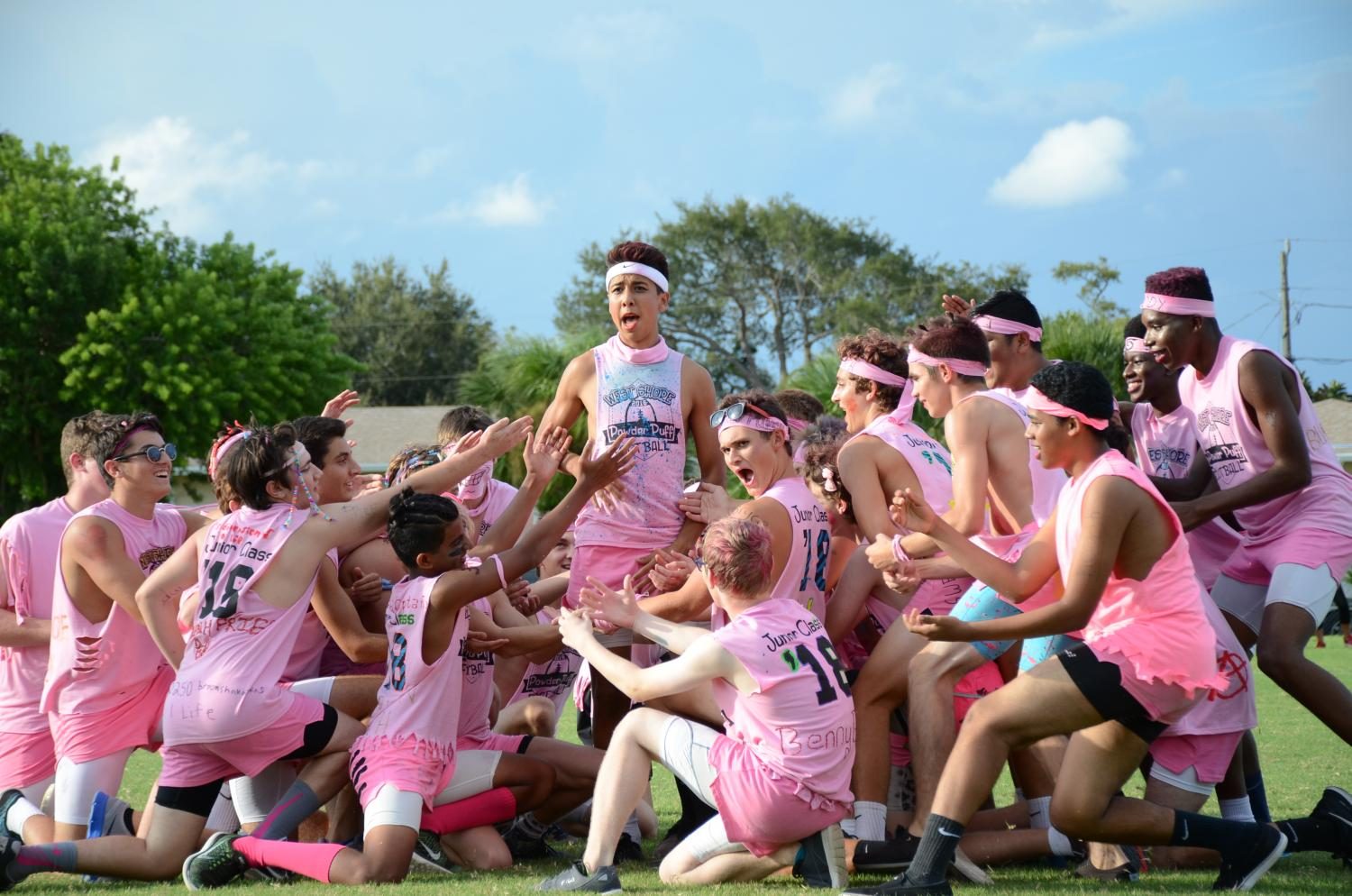 The class of 2018 performs their dance during halftime of the game.

One fall activity that juniors and seniors can all look forward to is the annual Powderpuff game during Spirit Week and leading up to Homecoming. With Hurricane Irma passing through all of Florida and causing Brevard students to miss seven days of school, however, upperclassmen won’t get the excitement that comes with Powderpuff until March.

“I’m not necessarily happy that powderpuff was rescheduled,” senior Fallon Klenotich said. “It’s a school tradition to have powderpuff during spirit week to get everyone pumped for homecoming. I’ve been at West Shore since the seventh grade and powderpuff is something to look forward to every year especially when I got to be involved.”

Powderpuff was originally scheduled to be on Tuesday because Rosh Hashanah prevented it from being later in the week. With almost a week and a half of school being missed, however, neither the junior nor senior classes were able to have any practices.

“Before the hurricane hit we choreographed the whole dance,” senior Jasmine Greathouse said. “But we didn’t have the chance to practice with the boys. If the game didn’t get rescheduled it probably wouldn’t go very well because the boys would not feel prepared at all and wouldn’t know any of the dance.”

The new date for Powderpuff is March 29, the day after Wildcat Challenge and the week before spring break.