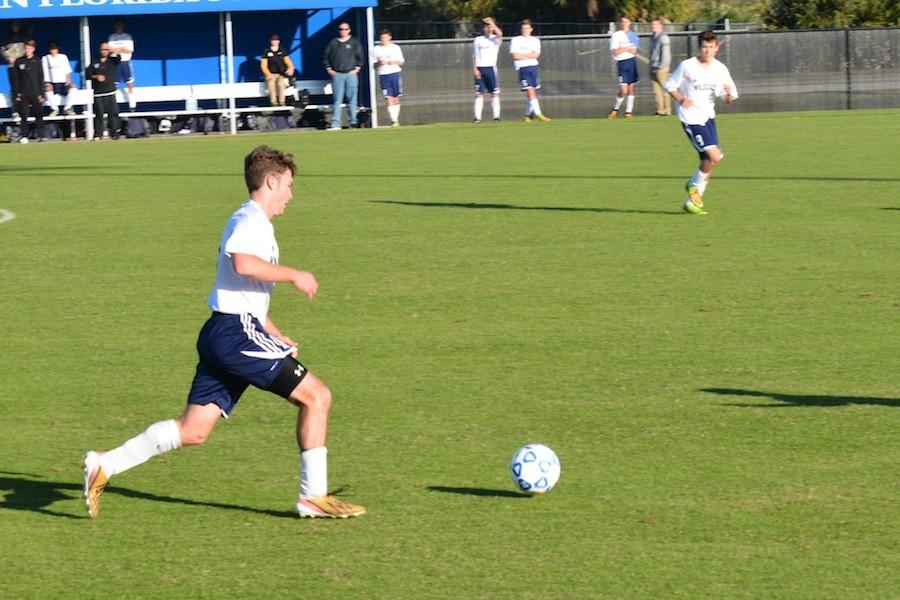 The boys’ soccer season came to a sudden end Wednesday as the Wildcats fell to Jacksonville Bolles 4-3 in the Class 2A state semifinal played at Melbourne’s Eastern Florida State College.

In the first half the Bulldogs had the wind at their backs and maintained pressure on the Wildcat defense, but West Shore held on defense to keep the game scoreless at the half.

“It felt like we were playing against 12 men in the first half but we were able to sustain it, and we knew that we would have the wind at our back for the second half,” Coach Bob Robidoux said.

The Wildcats had many opportunities to score during the second half, but the Bolles defense held strong and the game remained tied 0-0 at the end of regulation. Neither team was able to score during two overtime periods and the match went to penalty kicks.

This has been an impressive season for the Wildcats, marking their second state appearance in school history. “We surpassed everyones expectations making it this far in the season and I am so proud of the team” said Robert Madden.   The successful season this year bodes well for the future of west shore soccer, “Coach told us that our average grade level on the team is 10.5 which is extremely young for a varsity team, no one expected us to go this far so I’m extremely proud of the team,” said Darshan Ghayal.