Athlete of the week: Giao Huynh 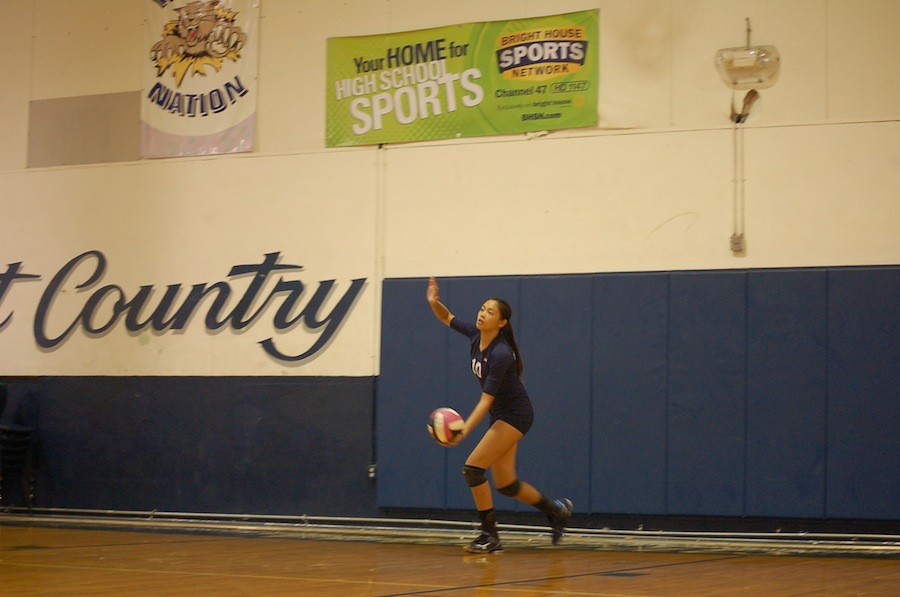 Nominated for Florida Today’s “Athlete of the Week,” sophomore Giao Huynh leads the varsity volleyball team  with a compilation of 61 kills, 4 blocks, and eight aces in three games.

On Sept. 3, Giao had been announced the winner of the first “Athlete of the Week” for this school year.

Going up against other nominated local athletes like Rockledge bowler Nick Morin, who placed second, and Cocoa football player Bruce Judson, placed third, it is Giao’s determination and the support of the wildcat nation that gained her the recognition.

“She’s been with us for two years, she was an instant impact last year, and is definitely an impact this year,” Cassell said.

Giao says it is “awesome sauce” to get recognized by the community.

“You know, all that hard work and good stuff put in, it really does pay itself forward,” Huynh said.

TheWest Shore volleyball team’s next games are this Wednesday and Thursday at 6:15 p.m. for JV and 7:15 p.m. for varsity at home.