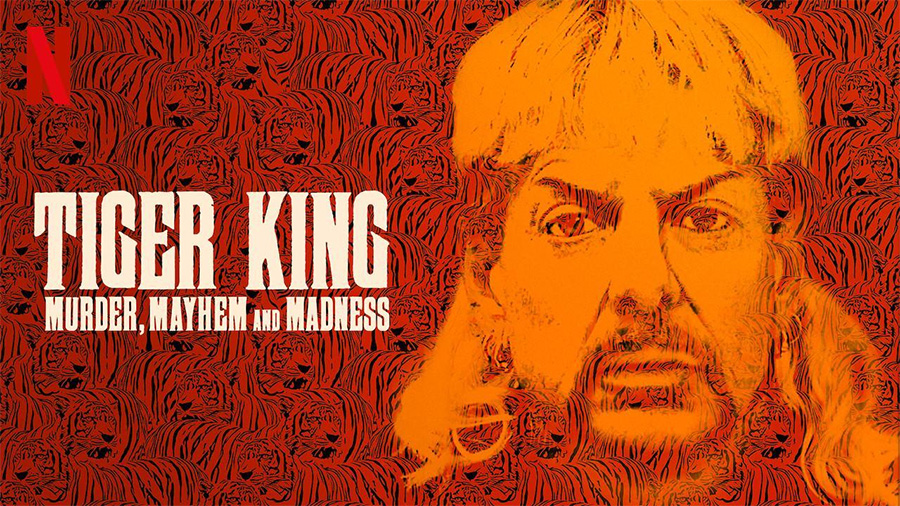 Nothing prepared the world for “Tiger King,” a seven-episode docu-series about the inside world of wild animal owner Joe Exotic. Debuting on March 20 in the midst of a global pandemic, “Tiger King” not only has brought much of the world together in virtual unity but it has also provided insight into one of the strangest murder-for-hire cases in the 21st century. From the very first episode, “Tiger King” immerses the viewer in the world of owning and breeding wild animals, instantly hooking its audience into the unusual life of Joe Exotic and an ongoing public feud with animal rights activist Carole Baskin that ends in a 22-year prison sentence.

Exotic, who owns the G.W. Exotic Animal Park and Zoo in Wynnewood, OK, is first shown as a mullet-toting, gun-wielding, country-singing exotic animal owner. Along with his staff, he provides tourists with opportunities to view and even pet big cats. As the episodes progress, viewers are further immersed into the lives of Doc Antel and Carole Baskin, both exotic animal keepers. While Antel uses the tigers and other wild animals to educate and entertain at Myrtle Beach Safari, Baskin sets her sights on conservation as the owner of a tourist attraction called Big Cat Rescue. Exotic models his G.W. Exotic Animal Park after Antel’s Myrtle Beach Safari, but never is able to achieve the same level of success.

Each episode focuses on a specific part of the plot leading up to the murder-for-hire scheme, including a separate background story on Baskin, which drove, many viewers to social media, believing that Baskin ended up “feeding her husband to the tigers” after her having her previous husband, Don Lewis, go missing under mysterious circumstances. Likewise, the strange back-story of Doc Antle and his relationships with his co-workers adds another interesting twist involving the people behind exotic animal ownership.

As the episodes progress, Exotic appears more and more insane. With his undying hatred towards Baskin’s attempts at possessing control of his animals, Exotic uses podcasts, songs and his TV show to slander Baskin, depicting her as a murderer, using logos similar to hers and employing other tactics to provoke her. In response, Baskin sues Exotic, loses a large sum of money to her and ends up having to invest in another zoo owner in order to remain open.

Enter Jeff Lowe: a potential investor and wealthy gambler from Vegas. Having a shady background himself, Lowe takes over as the main contributor to the park, which saves it. But soon enough, Exotic has lost most of his control.

At this point, Exotic does the unexpected: He runs in the 2016 presidential race and later for governor of Oklahoma. Although gaining him a few more fans, the political stunt is never able to generate the same amount of revenue for the zoo that it once enjoyed. This, combined with his hatred for Baskin, results in feuds with Jeff Lowe and his employees, resulting in various threats and even an instance of suspected arson.

The result of Exotic’s increasing insanity is his creation of a murder-for-hire plot that would make Baskin one less problem for him. However, the plot falls through when an undercover FBI agent tips off police about the potential threat, causing Exotic to flee the G.W. Zoo and go into hiding with his current husband Dillon. Exotic attempts to flee to Florida, but is caught and arrested. While awaiting trial, his employees are called to testify in the case. In the end, Exotic is sentenced to 22 years in prison, receiving 17 federal charges of animal abuse and two counts of murder-for-hire. This conclusion of the documentary, along with the cast of characters and their current lives after the sentencing, creates a eerily satisfying conclusion.

Although deemed unsavory and not worth the hype by some, “Tiger King” truly documents the craziness, chaos, good and bad underneath the world of exotic animal ownership. This series has become an immediate hit on Netflix, going from an average minute audience of approximately 2.4 million viewers on its opening three-day weekend to about 7.8 million viewers in its second weekend, drawing in more than 34 million U.S. viewers in the first 10 days, according to Nielsen. Becoming a brief but undeniably addictive series, “Tiger King” allows its audience to become immersed in the unforgettable story of Joe Exotic.