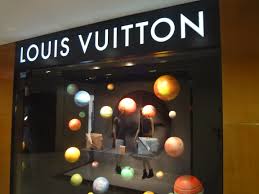 AirPods. You’ve probably heard this word about a thousand times by now. You’ve also probably seen them being used around school quite a lot, especially after Winter Break. While many perceive these wireless wonders as a status symbol due to their price of around $150, this may not be the case much longer because Louis Vuitton recently released its own wireless earbuds and have set the price at a whopping $995.

The Louis Vuitton wireless “Horizon Earphones” come in four finishes and are accompanied by a portable charging case. You can purchase them in red, white and two kinds of black. The difference between the two black options are the logos on the earbuds.

Sophomore Andrew Catti said he might consider a pair but is skeptical about price.

“The Louis Vuitton earbuds are kind of cool and kind of quirky,” he said. “The price is way too much, but I have considered buying them. I would love to them to be honest but I’ve got to stick with AirPods.”

Sophomore Kishan Ramchandani agrees the price is too high, but likes the earbuds.

“I personally like them. Yeah, the price is pretty steep but the people at Louis Vuitton know what the people want and they know how much some people are willing to spend,” Ramchandani said. “Yes, I would consider buying them since I am into Louis Vuitton products.”

Other students are not showing any kind of inclination to purchase the earbuds.

“In my opinion, they are way too overpriced for wireless earbuds,” sophomore Ezekiel Finlayson said. “The price is a bit outrageous and over the top just because it’s a brand name. I wouldn’t buy them unless they are on a 95 percent-off sale.”

“I think they’re a waste of money,” he said. “They’re overpriced, and you’re only paying for the name. I’d never consider buying them. There’s so much better stuff to spend money on. I wouldn’t call it a wise investment to buy them. It’s a total waste of money. Who needs designer brand earbuds?”

There are mixed feelings about the earbuds, but the high price is something people agree needs to be lowered.

“I have considered buying them, but like I said, AirPod Gang,” Catti said.