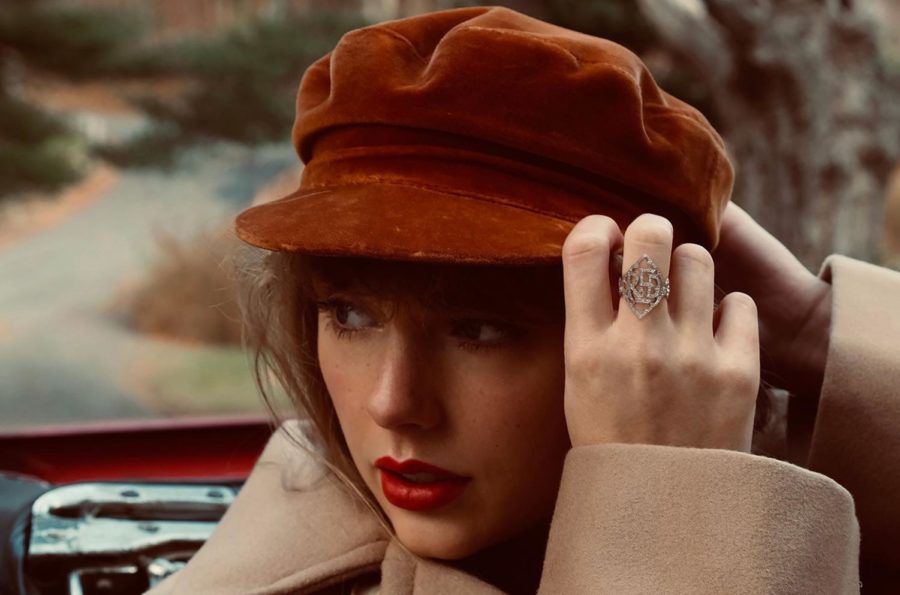 While many fans know Taylor Swift’s 2012 “Red” album all too well, that didn’t diminish anticipation for Friday’s release of “Red (Taylor’s Version),” which contains 30 tracks with multiple new songs that feature other artists including Chris Stapleton and Ed Sheeran.

Swift has been re-recording some of her old albums due to not having rights to her songs. She has already put out “Fearless (Taylor’s Version)” and now it’s Red’s turn to take the spotlight.

“I’m looking forward to a lot of the vault songs because I just know how amazing of a writer and artist Taylor is, so it’s always exciting to hear her new music,” senior Ana Gent said.

“Red” is an album about heartbreak, and every song is full of emotion and the problems that can arise in relationships.

“All Too Well’ — arguably her best-written song — is rumored to be about her breakup with Swift’s 2011 breakup with actor Jake Gyllenhaal. It was originally written as a 10-minute song but cut to five and a half minutes due to demands from her old record label.

“I’m looking forward to “All Too Well” 10-minute version because it was one of my favorite songs from the original “Red” album,” Winstin said.

The album dropped at midnight, causing many fans stay up late to prepare for the release.

“My best friend and I are baking cupcakes to celebrate the release of the album,” Gent said. “I’ve been waiting for this album to drop ever since Taylor posted about it on her Instagram [in July].”