‘Shadow Recruit’ should probably stay in the shadows 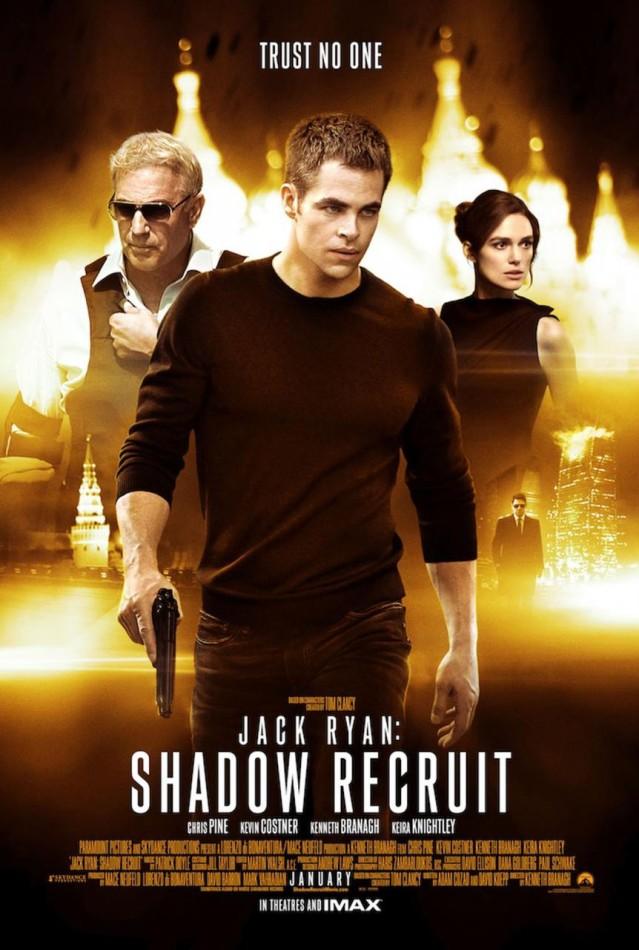 “Jack Ryan: Shadow Recruit” is the latest installation of Tom Clancy’s “Jack Ryan” series, this time featuring the acclaimed actor from the Star Trek series, Chris Pine. The Jack Ryan series, if you are not familiar with it, is quite similar to that of the James Bond series or the Batman series in that the actors are replaced but the character remains the same over time. Chris Pine, the new Jack Ryan, had some big shoes to fill seeing as some of the last actors are some of the most famous actors out there like Alec Baldwin and Liam Neeson. “Shadow Recruit” is a movie with no lack of action or gunfights, but a huge lack of character development and plot.

“Shadow Recruit” wastes no time and throws you right in the middle of the action on a recon mission only to swiftly take you right out of the action and keep you there waiting. Waiting for what seemed like half the movie! Waiting for anything that even slightly resembles a plot or at least some action. Jack Ryan has to enter physical therapy after he was badly damaged from the recon mission. It is in physical therapy where the movie starts slowly rolling. He meets his dream girl and then meets Chris Costner, the guy in charge of the program. “The Shadow Recruit Program” is a secretive government program created to combat terrorism in which no one except the operative knows of their involvement.

Unfortunatly these opening moments are the exact moments when the movie starts to go south. Instead of advancing the interesting part of the story, the anti-terror plot, they instead focus on the relationship between Jack Ryan and his girlfriend. This would have been perfectly fine if they actually made them an interesting couple, but instead they just had boring cliche conversions that are already so overdone. There riveting conversations were usually along the lines of “Are you cheating on me babe?” “No babe, you know I love you.” “But I saw (insert any incriminating evidence here) in your jacket” “No babe that was something else. I love you babe.” At one point I actually asked myself, “Wait, am I in the right theater?”

The backstory of “Shadow Recruit” was very interesting and had a good thing going, but once it goes into the thick of the plot, the movie goes into turmoil. Jack Ryan is put on repetitive tasks that basically all follow essentially the same outline: infiltrate the enemy, gain their trust, steal the information, get out, save the day. The first time it happens was pretty exciting. But the second and third time? Not so much.

Oddly enough, and perhaps the reason why the plot felt so off, the script of the movie was actually repurposed for use with “Shadow Recruit.” Which in layman’s terms means that the script was made for an entirely different story, and having the hero be Jack Ryan was just an afterthought.

Honestly, I can’t recommend this movie unless you are a die hard Jack Ryan fan or for some reason reason love run-of-the-mill action movies. In the end, “Shadow Recruit” was a movie with huge expectations that fell short which resulted in a half-baked disappointment despite the few well done suspenseful parts.