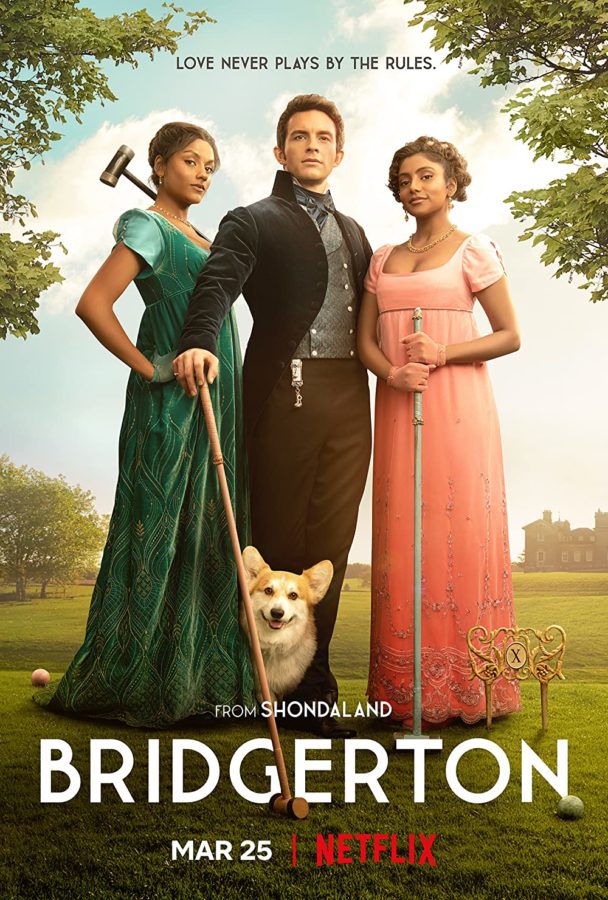 “Bridgerton,” the regency romance currently dominating and sustaining Netflix’s Top 10 section, kicked off a second season on March 25. The story originally was written by Julia Quinn, but has been reimagined onto the screen by executive producer Shonda Rhimes. The premiere weekend of Season 2 broke Netflix viewership records, with an estimated 193 million hours watched across households.

Because the show is a period drama set in the early 18th century, one of the challenges faced by the creators remains staying factual to what it would be like during that time. One aspect is the intricate settings. The show is filmed in various locations, but mainly in southeast London. The set is directed by Gina Cromwell, who is also noted for the sets of “Mary Queen of Scots” (2018), “Downton Abbey” (2019) and other period pieces.

“I feel like their social values with status and the importance of marriage help the show stay true to its time period,” senior Erin Mcdonough said. “Society in the 18th century is nothing like it is now, so the writers have to put aside that and write true to what would have happened in that time.”

In addition to extensive set design, the wardrobe is a substantial component to getting the setting right. Dresses, jewelry and ball gowns make up more than 7,000 pieces debuted. Costume Designer Ellen Mirojnick handmade and selected the show’s wardrobe while keeping in mind the era and culture of the show.

“I love the wardrobe,” sophomore London Burke said. “I love the look of corsets and historical art form they use in the show. It has phenomenal detail put into it. I also love how they had a perfect fit for them, so well that the men’s clothes make them look more masculine and the women more feminine.”

All of these aspects work together to enhance the fluidity of the show and allow viewers to be immersed in the story, without being distracted by bad production.

Senior Petra Kohler enjoys the historical aspects of the show.

“I feel like the setting and wardrobe especially make the context of the show a lot easier to understand,” she said. “The lavish parties, tea parties and presentation of women to society really makes you invested into the lives of the upper class socialites.”