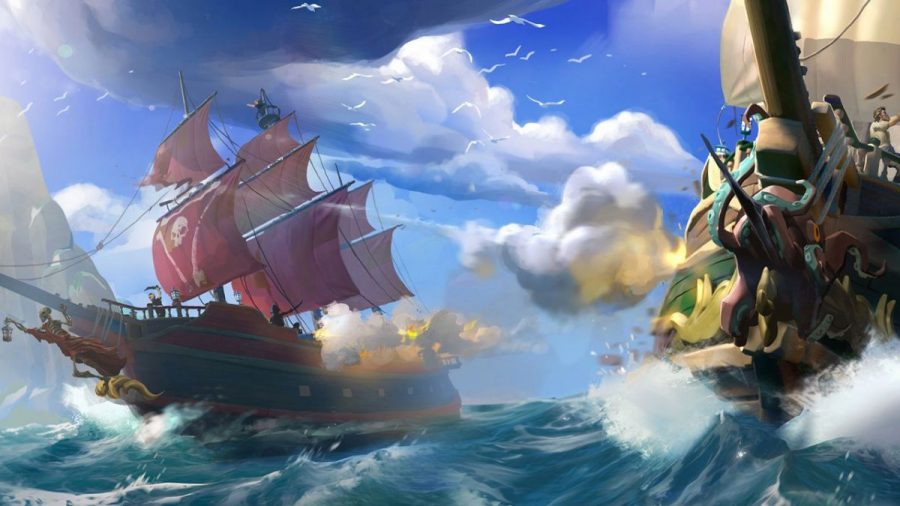 A new video game called “Sea of Thieves” came out on March 20. Players controls a pirate and they go alone or with friends on pirate adventures. It is playable on PC and Xbox 1 or 1X.

“It’s very fun, a little lacking in content for the price but the developers have shown many times already that they both have a lot of things to add and that they listen to their players many, many times,” sophomore Emanuel Paterakis said .

One of the big things in “Sea of Thieves“ is the player versus player content. Two crews each fight to the death, hoping to take the other’s treasure.

“PvP is nothing new, especially with the recent influx of battle royal games, but I hope ‘Sea of Thieves’ adds plenty of PvP options to the game, maybe it might be more ways to eliminate players accurate to the ways pirates did during the golden age,” sophomore Nicole Weaver said.

Another feature of the game is fighting hordes of skeletons in skeletons forts. This promises loot, but is no easy task.

“I have not heard of the forts yet, and quite frankly I’m not surprised they added such a thing,” Weaver said. “Raiding in games is always a fun time, so I would say it’s a fun bonus that gives you rewards for your efforts.”

The main way for making money is to do quests called voyages for one of the three factions: the gold hoarders, who stole all of the keys for all of the chests so to get the gold pirates have to give them a share; the order of souls, who seeks to control magic in this world, and sends pirates to collect the skulls of famous dead pirates; and the merchant alliance, who seeks to control trade. Players must ship various goods between places on time to get money from them.

“I love the riddles and maps of the gold hoarders, that’s what I do the most of in this game,” Paterakis said.

The lore is that the “Sea of Thieves” is in our world, but you can only get there if you stumble across it while sailing the open seas. The developers have described it like “a crease in a map.”

“I haven’t heard of that mechanic [digging up treasure] but I love it,” Weaver said. “It sounds just so cheesy and fits with the theme so well that it’s hard not to at least appreciate the fact that the developers added that in.”