Resogun impresses with out of this world graphics 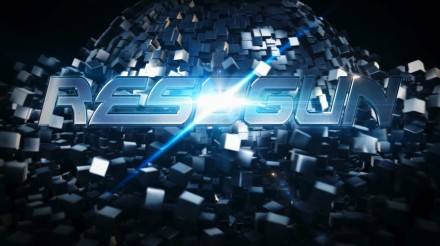 You are in control of a sole spaceship in the middle of a hectic battle royal where you are humanity’s last chance for survival. You must save the last remaining humans or all hope is lost.

This is Resogun, a game developed as a launch title for the PS4 by Housemarque, and it is a side scrolling shoot ’em up game. Your goal is to destroy the enemy forces using various strategies while saving the last humans.

When first playing Resogun the comparison is often made to the classic arcade game Galaga, but where as Galaga had bad graphics and linear gameplay, Resogun has this generation’s best graphics and and highly unique and diverse gameplay. Just as Galaga became a huge success in arcades around the world, Resogun takes you back to a time before consoles and powerful gaming computers, where every game you could play was in an arcade. and the experience is ever so great.

The game offers a brand new fresh style of gameplay, the likes of which have never been seen before. The game plays horizontally and each level is continuous as every level loops around back to the beginning in a circle. This allows for really hectic and strategic gameplay as you can go around the level and then surprise the enemies’ spaceships from behind.

In addition to the horizontal aspect of the game, another important feature is all the strategic options you have, each with pros and cons of their own. To start off you choose one of three shuttles, each of which excel in one particular area like speed or strength and are worse in one of the other areas. Then you have a variety of options to use. To keep yourself alive you can shoot a normally for an unlimited amount of time but many times you get surrounded and need to escape, so the main guns won’t always be helpful. When you are totally surrounded you have three options, the first of which unleashes a bomb unto the level. The bomb destroys every enemy but the catch is that you only get two of them. Then you have the overdrive, which shoots out an obliterating laser that destroys all enemies within its blast, but this refills at different speeds based on the spaceship you chose earlier. Then you have a boost which lets you move really fast and flee battle, but this takes time to recharge after each use.

Resogun is an amazing game and if you have the chance, I would definitely recommend giving the game a try. You won’t regret it. For me, the highlights of the game were its strategy, fast-paced action, and graphics. The main downside was that there are only five levels. Available for PS4, Resogun is free with PS Plus membership or $15 without.