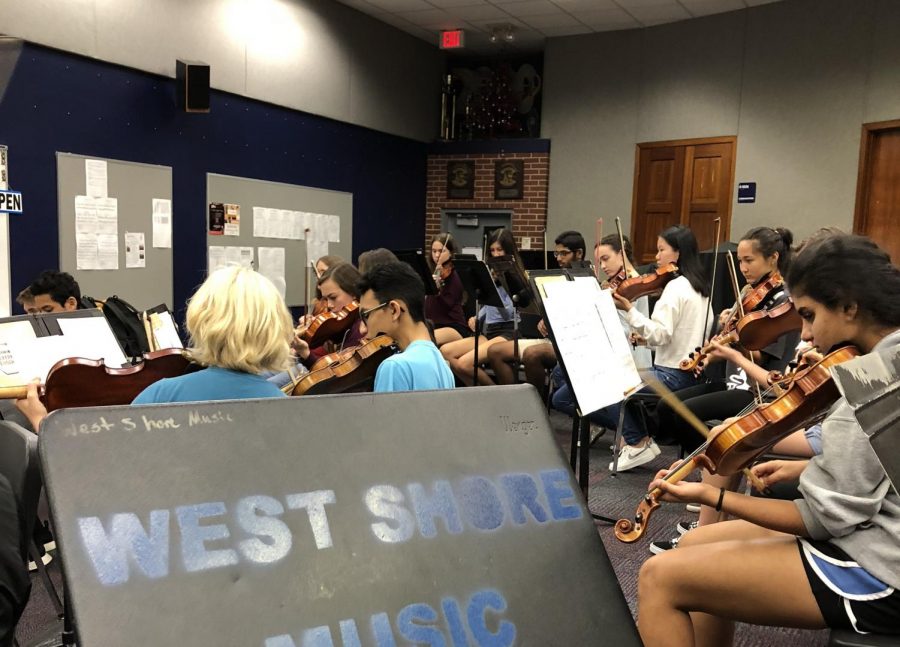 Orchestra students participated in Solo and Ensemble on Nov. 3 at John F Kennedy Middle School, giving them a chance to challenge themselves.

Solo and Ensemble is an event held by the Florida Orchestra Association where students play prepared pieces in front of a judge.

“This gives students the opportunity to work in an independent way on a very high level, and it’s a lot of opportunity for growth and achievement on a personal basis,” school strings consultant Laura Pinfield said.

The event also allows students to play different types of music than they normally would.

“The music becomes much more satisfying because it’s a solo … you’ve got the whole part [to] yourself,” Pinfield said.

Senior violist Hannah Langenbach said she had a different experience this time.

“Usually, when I’ve been judged before, I haven’t had a violist as the [judge],” Langenbach said. “Usually, they’re writing down comments while I’m playing, and he didn’t write down anything. … He told me he was just sitting back and enjoying the experience.”

After performing their pieces, players are ranked.

Langenbach, who received a superior with distinction on her solo, said she felt fairly good about her performance.

“Overall, what I did play was fine,” she said. “I had a memory slip, but I still … did get superior with distinction … so I’m overall happy.”

Because of the timing, participation was low this year, Pinfield said.

“We had a handful of students from the chamber orchestra perform — not as many as we would like, but it comes early in the year and it comes at the same time as they are preparing All-County and All-State,” Pinfield said.

However, for younger students, Solo and Ensemble will not arrive until April.

“We have four orchestras at West Shore, and at the youngest level, we’re very intense right now in preparing solos. We’ve got 100 percent participation with the youngest students at West Shore … and they’re very excited about it,” Pinfield said.