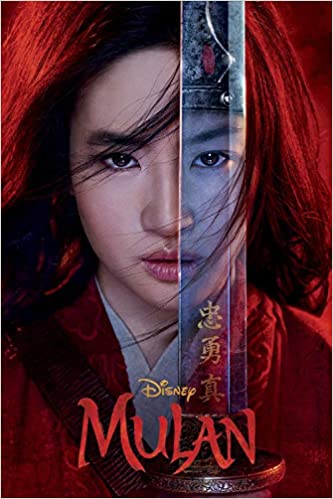 “Mulan” 2020 begins with an immediate departure from its original form, with the protagonist’s father explaining her story to their ancestors. The rest of the film follows young Mulan, who joins the Chinese imperial army disguised as a man to save her father, and pursue her quest to save China.

Many of this movie’s problems lie not in the film itself, but in the precedent it may be setting. By releasing entirely online instead of in theaters, “Mulan” could set a dangerous precedent for major movie studios — making digital releases common practice. This would harm many local movie theaters, potentially even putting some out of business entirely. The film was also released for $30, with the idea being it would be a fair price for the average family size of those who will watch it (roughly $10 per person.) This doesn’t work out exactly, creating a price that many view as being simply too high, especially considering many watched the film alone, and the $30 is on top of the Disney-Plus monthly subscription price of $6.99.

That being said, “Mulan” is a visually stunning movie. Filmed in New Zealand and China, its sweeping landscapes and cinematography are remarkable. The camera has a sense of purpose in the way it moves and when that makes otherwise bland scenes into something exciting to look at. This is aided by the fact that the cast, bolstered by such acclaimed stuntmen as Jet Li and Donnie Yen, are always exciting to see on screen. Mulan herself (Liu Yifei) reportedly performed a vast majority of her own stunts, and is a delight to see.

This film makes many changes from the original in order to deliver a more historically accurate telling of the traditional Chinese poem of Mulan. Some of these changes, such as the character Mushu’s absence, feel justified and more well fit to a live-action retelling. Other changes, such as Mulan (a famously Northern Chinese myth) living in a village with distinctly Southern architecture. Additionally, the character of Xian Lang is called a “witch,” a distinctly European concept, a problem that could have been circumvented entirely if the production of this movie had any clue about Chinese culture in any meaningful amount.

Many of these major issues originate from behind the scenes. The director, all four writers, costume director and designer, makeup director, all four producers and lead composer are all white. This creates a movie wherein nobody in any position of power on this movie is a member of the community they’re attempting to accurately represent, which leads to problems and inaccuracies that could have been easily corrected. Additionally, this contributes to the normalization and perpetuation of white creatives believing they’re inherently qualified to tell the stories of people of color and their culture, which major film distributors seem all too content to comply with. By a company like Disney having the opportunity to set a record for women of color, “Mulan” is currently the most expensive film directed by a woman. There is no reason a Chinese director could not have been chosen for this film, to more accurately depict the people and to normalize diversity where it feels more than expected to.

On top of this “Mulan” also received backlash for its choice of lead actress. In March of 2019, protests for democracy began in Hong Kong. Liu Yifei made a post showing her support of the Hong Kong police, who have been seen tear-gassing and assaulting protesters, as well as unlawfully taking many into custody. This received backlash as many believed it to be against the spirit of what the story of Mulan stands for. If this wasn’t enough, the film also came under fire for filming in the Xinjiang region of China, where many Muslim Turkic citizens are currently being held in internment camps. Aiding these practices and continuing to bolster their economy is an action truly showing how little heart went into this film — that abhorrent practices could be supported simply for the cheapest filming location. This issue permeates the entire energy of the film — the lack of care Disney puts into live-action remakes, simply opting to redo previous creative works until nobody is even interested in the stories anymore. This can be seen in the movie’s box office returns — a mere $37.8 million of the $200 million poured into it.

Another alteration to this movie from its original form is Mulan’s abilities. As a child, she chases a chicken across a roof — performing acrobatics and jumping from roof to roof. She lands gracefully, in a three-point landing. This version of Mulan is basically a superhero. This removes much of what makes Mulan an empowering story to begin with — that she has to work for her abilities. In the animated film, she trains with the other soldiers, and leaves her home knowing it will likely be extremely dangerous for her. She learns to become empowered in masculinity while she dresses as a soldier, and by the end of the film, her traditionally masculine counterparts become empowered in femininity, dressing up as women to help Mulan save China. 2020’s Mulan barely has to do this, already being an impressive and capable warrior. This creates a film wherein much of the story’s original empowerment, for men and women alike, is stripped away, further taking away from the heart of the film.