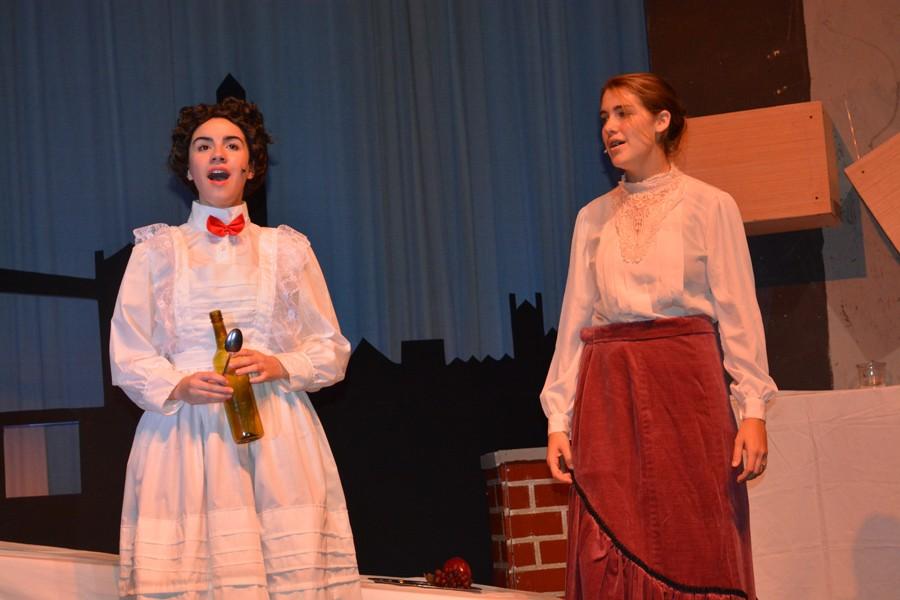 The theater department swept the audience away with their various talents as Mary Poppins was performed by students throughout all grades.  The musical opened Oct. 22 and was performed until Oct. 25 in the auditorium

To ensure the play went successfully the cast started preparing Aug. 22, and continued rehearsing up to hours before the first show.

“The cast spent hours preparing for the play, I definitely think the rehearsals paid off,” sophomore Taylor Donovan said. “We practiced mostly on Saturdays and rehearsals would be from nine to two. During rehearsals we would work on the choreography and singing the songs. We would run through until everything was near to perfection.”

Along with Donovan, junior Aakilah Hernandez said overall the play was a success.

“I think on the first night the show ran a little messy, but each time we performed it continuously got better,” Hernandez said. “I think it was really successful.”

Hernandez, alongside some of the cast, had to learn difficult choreography for the song, “Supercalifragilisticexpialidocious.”

“I really liked the dance because it was hard to learn. I had to practice a lot at home,” Hernandez said. “Being able to perform it properly felt like a huge accomplishment.”

Hernandez said the best part of the play were the memories made, and the friendships she obtained.

“I love the people in the cast,” Hernandez said. “Sometimes during rehearsals we would goof off.”

“The best part of this experience was being in the show with friends,” Tenbusch said.

Even though the majority of rehearsal time was spent efficiently, there were some moments when the cast had a chance to relax.

“During a show in the girls’ dressing room we blasted a High School Musical soundtrack,”Hernandez said. “I was really surprised that we all were doing the choreography and knew the lyrics so well. It was wild.”

Some of the future productions include, “The Man Who Came to Dinner” and “Beauty and the Beast Jr.”