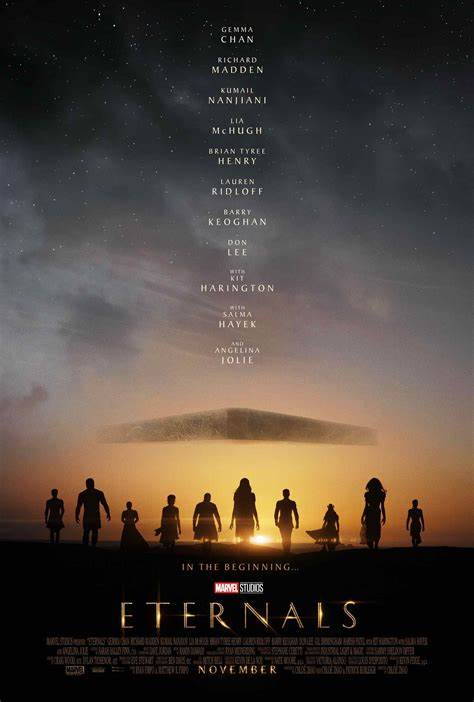 Entering the theater, sophomore Ella Dorfman had high expectations for Marvel’s newest movie “Eternals,” but she left the theater disappointed.

“Throughout the movie, I kept thinking, ‘Is this it? What is going on?’” Dorfman said. “It was confusing and I was on the edge of my seat the whole time, not with anxiousness, but wondering when I would actually be impressed.”

“Eternals” is about a group of advanced beings who are sent to protect Earth from Deviants, alien predators that want to destroy the human race. The Eternals have lived on Earth for thousands of years and it is their mission to keep the planet safe.

“The beginning was underwhelming because I thought the Eternals would be more capable with their abilities, especially being in the Marvel franchise,” Dorfman said. “The Eternals’ story seemed dull and the existence of the movie wasn’t that necessary.”

Sophomore Shaila Venkat also found parts of the movie confusing, but she appreciated some aspects of the film.

“Compared to other Marvel movies, it definitely had a unique look to it due to Chloe Zhao’s directorial style,” Venkat said. “ It makes me hopeful that there will be future changes to the traditional ‘Marvel movie style’, as I do think that it has gotten repetitive.”

Junior Anylah Rembert agreed that the movie was unique.

“I definitely felt like it was different from any other Marvel movie I had seen,” Rembert said. “I do think the movie has a lot of high points, like it was really visually beautiful and the fight scenes were really well done.”

Rembert said the characters made the movie work for her.

“There was a lot of diversity within the cast which was also really exciting to see,” Rembert said.

Unlike most other Marvel movies, “Eternals” has a diverse set of characters including Marvel’s first deaf superhero, Makkari.

Overall, Rembert said she was satisfied with the movie.

“I really don’t think it’s as bad as all the critics are making it out to be,” Rembert said. “For me, it falls somewhere in the middle. It’s entirely subjective though, and I can see why a lot of people didn’t like it. “