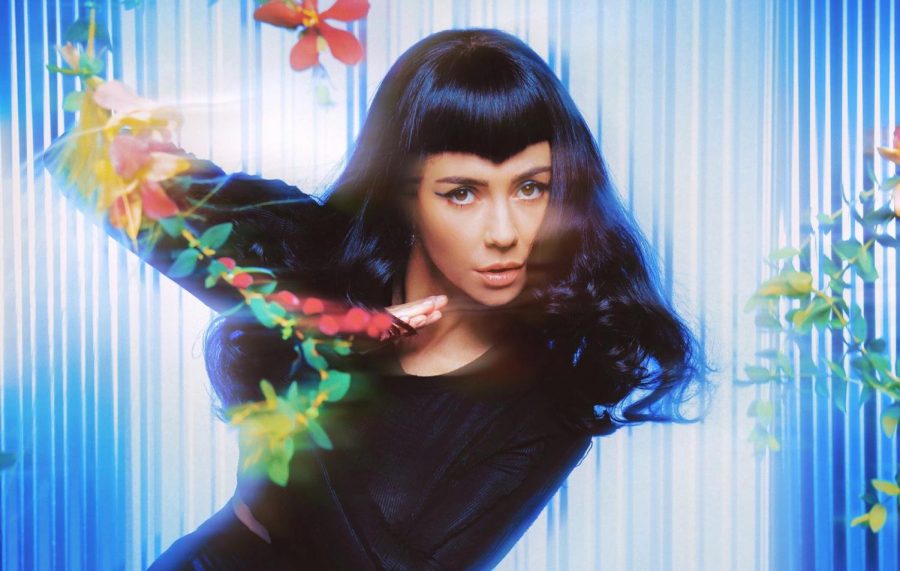 “We’re now living in a seminal age, the walls are being broken and we’re ready for change,”

MARINA sang these words in her new single “Ancient Dreams In A Modern Land.” The song is set to appear on her highly anticipated fifth studio album, “Ancient Dreams In A Modern Land,” which sports a cute, brightly colored, “Totally Spies!”-esque cover art. It is set to release on June 11. MARINA recently released this single as the third and final single to join her other singles, “Man’s World” and “Purge the Poison.”

MARINA, known as Marina and the Diamonds prior to her rebrand, delves into a more political sphere with these three singles. In an interview with “Vogue,” she said that the discrimination of marginalized people — even goes as far back as citing the Salem Witch trials — was a massive inspiration for this album.

According to MARINA, “Those kinds of patterns are still present in society. That’s something inspiring to me and worth writing about.”

“Ancient Dreams In A Modern” Land draws these parallels from ancient society to the issues that are still prevalent today. The song relays the message that societies throughout history struggled and fought to make the world a better place for us, their descendants. She states that it is our job to fight against social injustices that we see in society today in order to not “blow” the chance of life given to us.

On “Purge The Poison,” her second single, MARINA states that society needs to “purge” itself of its problems such as racism and misogyny. By ridding itself of these problems and addressing its faults, Mother Nature will no longer inflict chaos in the form of viruses and natural disasters.

“Man’s World,” her first single, discusses how MARINA no longer wishes to live in a “man’s world” because of the problems they have imposed on society. The song references the mistreatment of women and LGBTQ+ people.

It is clear from these three singles that issues concerning social inequality that have been especially put into the limelight in this past year will be a big theme for this album. While the messages in these songs have been overtly political, she also stated that another major theme in the album is love, which can be found in the other half of the record.

All three singles feature an upbeat, pop-rock track bubbling with personality. MARINA is no stranger to using these types of instrumentals, as it reminded me a lot of the songs found on her past album, “Electra Heart.” These songs were all incredibly fun to listen to. The bright, floral visuals associated with the singles are also enticing. I am looking forward to listening to the full album. The exciting instrumentals and astounding vocals found in these singles make this album seem like one you do not want to miss.