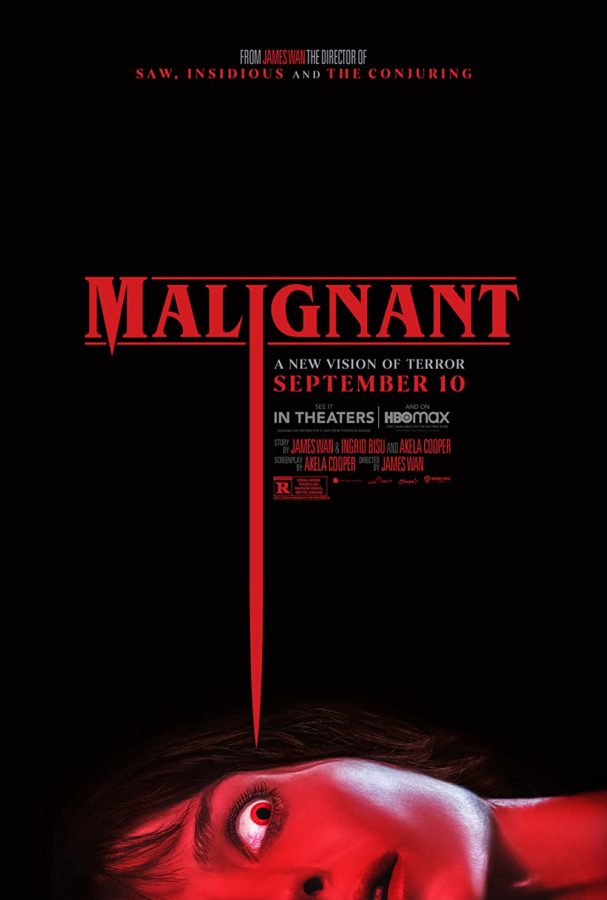 “Malignant,” the latest horror film by iconic director James Wan, takes viewers on a haunted tour of the mind of Madison Mitchell, who is experiencing visions of people being murdered. When her terrifying visions turn into reality, she feels responsible for discovering the killer’s identity through exploration of her own repressed memories.

The creative mind behind the “Conjuring” and “Insidious” franchises, Wan earned has earned his reputation as a master of modern horror. But his track record has built expectations for “Malignant,” leading viewers to be more critical of the film. While it falls short compared to his past work, “Malignant” by no means is a bad movie.

Part of the criticism could stem from he film’s trailer, which is structured as if it is related to “The Conjuring” in order to market to a wider audience and especially fans of Wan. This marketing tactic makes sense, but “Malignant” should speak for itself.

Admittedly, the film overall is cheesy. Even if it is unintentional, “Malignant” takes itself too seriously considering the outlandish nature of the film. The twist is a creative, but silly concept. There’s a certain charm that “Malignant” has for being bold and running with such an unlikely concept. Fun seems to have gone out of style in modern horror since it has evolved to be more realistic and serious. In this way, “Malignant” feels like a throwback to some ridiculous classics producing a refreshing change for fans of the genre.

The entertainment value of the silliness ends with of the film’s bad acting. Aside from the lead actress, Annabelle Wallis, the acting is pitiful. The supporting cast provides lackluster performances to the point of distraction. It conflicts with the serious and spooky tone that the film attempts to maintain.

All grievances with the style and acting of the movie fade at the start of the third act. “Malignant” shifts into a bloody action film. with disgustingly effective visuals.

The cinematic choices when it comes to camera angles and lighting really bring the film together. Subtle differences in the background of shots and tone changes contribute to what makes some scenes genuinely scary.

“Malignant” is a home-invasion film, a mystery and an action horror movie rolled into one. It really has something for everyone and is worth the watch just for the bizarre finale alone.