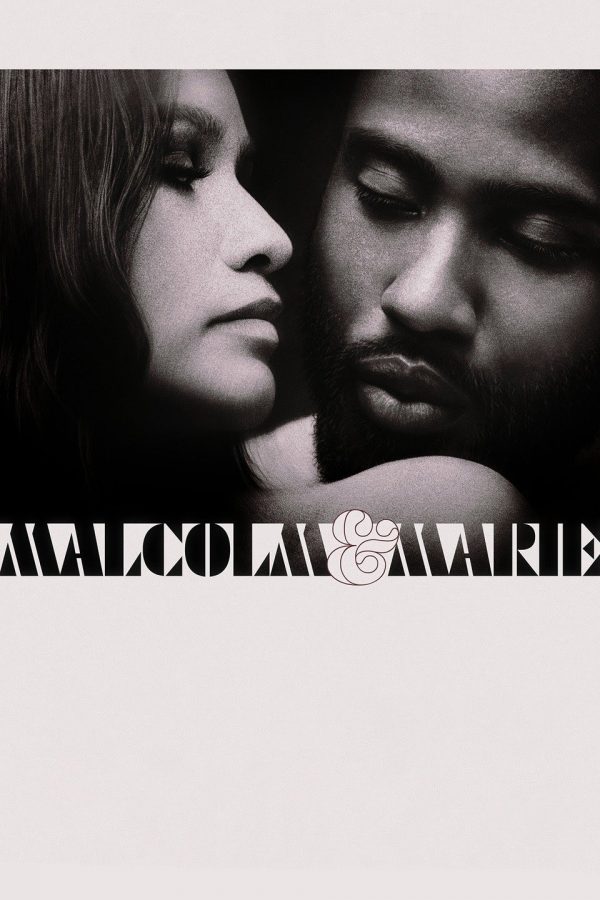 “All I wanted tonight was a thank you, Malcolm. That’s it.”

The greatly anticipated film, “Malcolm & Marie,” staring  John David Washington and Zendaya was released on Netflix recently. Many were excited to see these fantastic actors add yet another gem to their blossoming filmography.

The movie was directed by Sam Levinson, the creator of the critically acclaimed series, “Euphoria,” in which Zendaya stars as the lead. “Malcolm & Marie,” a product of quarantine madness, was created and filmed during the pandemic. This can be seen in the lonely, isolated bottle of a setting in which the two sole characters find themselves as they navigate a troubled relationship.

The movie centers on Malcolm, an up-and-coming filmmaker who is over joyous about the success of the premiere of his movie, and Marie, Malcolm’s girlfriend whose mood is a stark contrast to her boyfriend’s as she enters the house in her stunning dress. As Marie stirs mac and cheese with a quiet fury on her expression, Malcolm tries to figure out why his girlfriend is upset with him. This confusion is mirrored in the audience as well. Malcolm plays music and dances in glee when he enters the house, an attitude that can’t help but be reflected on the viewer — What could Marie possibly be angry about following the success of her boyfriend’s premiere? It is then revealed that Malcolm forgot to mention her name in his speech following the premiere of his movie which Marie believes was heavily influenced by her life.

From there, everything hits the fan and the plot progresses into an explosive fight between the couple that lasts the full duration of the film.

Malcolm and Marie’s arguments with each other reveal the tragedy and reality of their anguish-filled and poisonous relationship. The audience learns more about both of the characters through the progression of the fight. They break down each other’s personalities, motivations, and venomous qualities that they believe are the reason for their dysfunction.

Each insult hurled at each other is felt right in the gut for the viewer. I could feel the pain sink into both of the character’s skin as the other launched into a monologue unpacking their wrongdoings. This feeling of direct presence and involvement within the situation unfolding is certainly an interesting one, and it feels like one of the only saving graces of this movie. The dialogue exchanged feels personal and raw.

The movie absorbs the viewer into the world and story behind these two characters as well as what exactly went wrong with their relationship. As they go back and forth on building off each other’s rants.

Zendaya gives yet another awe-filled performance for her gleaming resume. Her deliverance in more serious roles such as Rue Bennett in “Euphoria” and now Marie in “Malcolm and Marie” show how much more she has to offer than the girl from that one Disney show years ago as well as the maturity she has gained in acting along the way. John David Washington’s performance is spectacular as well. His execution of this role flows perfectly on screen. Both of these actors truly make the best of the script.

Another positive in this movie is the cinematography. Aesthetically beautiful and filmed in black-and-white, the shots are incredibly pleasing to the eye.

However, there are a lot of issues with this movie as well that downplay the areas in which it soared.

The reception of this movie hasn’t exactly a positive one. Many have found the movie boring and, because a couple’s fight being the central focus, unbearable. In addition, the movie ultimately contains no resolution leaving the audience feeling empty as the credits roll.

There was also an inconsistency with the main commentary of the movie. If you had no knowledge of the director prior to watching this movie, you wouldn’t necessarily see an issue with what the movie was trying to say. Malcolm is frustrated about how Black creatives are treated in their line of work in comparison to their white counterparts. Their work is often misconstrued in a way not even intended simply because of their race. This is a completely valid argument as there are myriad disparities when it comes to the treatment of Black and white filmmakers.

The overall message of this movie, however, sinks when you realize that it’s simply a mouthpiece for Sam Levinson, a white, nepotism-baby, to throw a tantrum about a bad review he got years ago. As Malcolm’s angry monologue rows increasingly personal, it becomes clear that his character is a self-insert for Levinson to vent his anger about how one critic viewed his film. Utilizing Black people’s mistreatment in the filmmaker world as a cover for a man wrapped in privilege’s whining leaves the movie with virtually no purpose by the end.

While there are certainly some highlights in this movie, they can’t save the overall exhausting and empty feeling left with the viewer by the end. I can completely understand why others hated this movie. I personally don’t feel so partial, as I think the movie definitely had potential.

Overall, I would not recommend this movie. I think many would be bored by the focus of this movie simply being a couple’s fight. While I did initially feel some sort of enjoyment while watching, this movie is not one that I would watch again. The thesis of the movie feels completely pointless and, as Marie remarks at the beginning of the movie, “Nothing productive is going to be said tonight.”