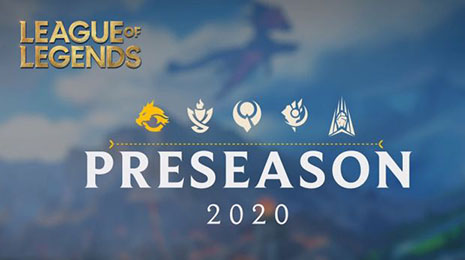 The 2020 “League of Legends” preseason has arrived with “Rise of the Elements,” the largest single-gameplay change ever dropped.

“Rise of the Elements” is the name of the changes themselves, as well as the celebratory event accompanying the change. All of the elemental Drakes which spawn throughout the game will be completely reworked, having the buff they give to the team who slays them changed to different and stronger versions of their previous effect. Dragons will continue to spawn randomly as they have, but with a few important distinctions. Now, the third dragon that spawns will decide the “element” of the map and, once slain, it will drastically change the physical layout and properties of the rift itself.

Infernal soul: Every three seconds, the next damaging attack or ability on an enemy unit triggers a small explosion, dealing damage to the target and nearby enemies.
Mountain soul: After not taking damage for five seconds, gain a shield.
Ocean Soul: Dealing damage to enemies heals the player and restores mana over three seconds. (30 percent effective against minions)
Passively gain 10 percent increased movement speed, and after casting an ultimate, gain an additional 30 percent movement speed for three seconds.

These bonuses stack up to four times for each team, and now instead of amplifying these buffs, the Elder Dragon — now spawning after either team has slain four dragons — will execute enemies below 20 percent health upon dealing damage to them.

When the “element” of the map is decided, the map will undergo changes based on the dragon. For infernal dragons, walls across the map will be demolished opening up new mobility opportunities. The mountain dragon will do the opposite, creating new terrain and making small passageways even more narrow. The ocean dragon will add new brush all around the map to obscure vision and give new opportunities for ambush plays, and the cloud dragon will give champions increased movement speed in the jungle.

“It’s nice to see Riot shaking it up,” Scott Maggio (12) said. “Now people are actually going to have to change how they play one game to another based on the dragon element.”

This random aspect forces players to adapt and makes the game more interesting for the casual player base, and open up more space for growth in the highest levels of professional play.

Preseason takes place between the end of Season 9 on Nov. 19 and the start of Season 10 Jan. 8. During this time, all of the changes on the board for Season 10 will be slowly released to gauge community feedback to make balance changes to the updates before ranked queues open again in January. This means more changes are scheduled to come, and any of the details of the Rise of the Elements are subject to change before the official launch of Season 10.