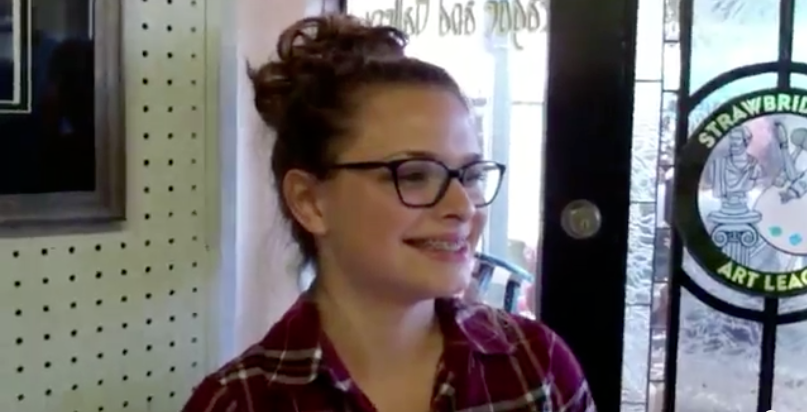 “My piece was an alien girl with multicolored hair,” Karycki said. “Who was holding and looking at a glowing floating planet in the palm of her hand.”

This was the first time she won a prize after participating in several art shows as a graphic designer.

“I’ve taken this piece to some competitions before,” she said. “Because I thought it looked amazing and I put a lot of time and hard work into it and finally I accomplished my goal and won something better than I ever expected.”

Karycki said that she couldn’t believe her artwork was the best out of all the art pieces at the show.

“This art piece means so much to me not only because it was so different from my others,” she said. “But also because the meaning behind the art was that some people in society isolate others and make people wonder if they belong.

The alien girl represents a person that doesn’t have the same opinions as others, therefore she is left out looking from the outside.