Peele’s latests makes us re-examine ourselves 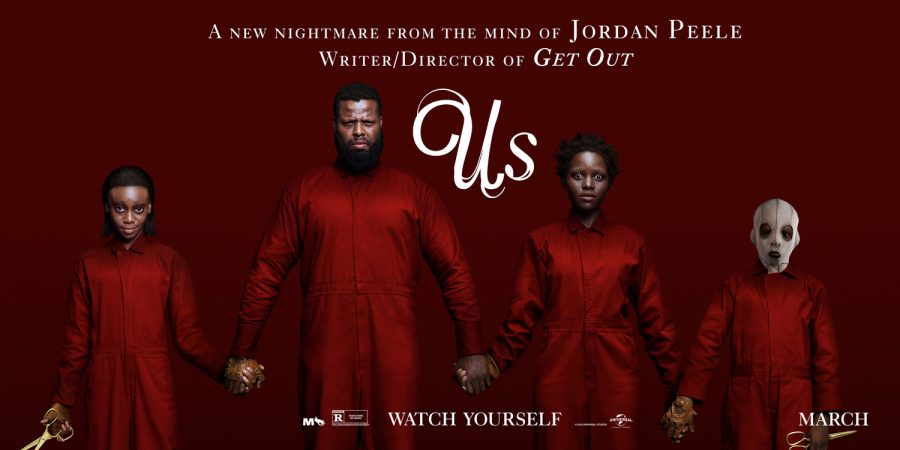 On the heels of his groundbreaking debut horror film “Get Out,” Jordan Peele is back with another political and social commentary horror piece called “Us.” This film was met with substantial commercial success, having the biggest opening weekend of any original horror film in history. It also received striking reviews from critics. Accumulating a 94 percent on Rotten Tomatoes, some critics are calling it the scariest movie of all time. While this isn’t true, many aspects of this film deserve this praise; however, an incoherent plot causes “Us” to fall short of being a great movie.

“This movie was really creepy,” junior Sydney Weatherspoon said. “ It was really hard to understand the underlying themes, but I don’t really like scary movies anyway.”

The film follows the Wilson family as they vacation to a summer home near Santa Monica, paying homage to the basic horror movie trope of a cabin in the woods. However, this is not a basic horror movie. Later on in the movie, the Wilsons discover their counterparts known as the tethered.

Events begin to unfold in horror movie fashion as the family is chased down by their killer doubles until they realize that everyone is being affected by these crazy doppelgängers. The movie unfolds into a twist ending which is truly surprising and entertaining. “Us” does a good job on establishing social commentary, however, it fails at being a truly scary and brilliant movie.

“Not a good scary film, but a great movie” junior Chris Johnson said. “Some scenes have big problems, but some are just amazing.”

Peele was anticipated to deliver another groundbreaking film after his Oscar-winning movie “Get Out” and he succeeds in many aspects. It is exceptionally well-crafted and well-directed with many memorably tension-filled and creepy moments. Lupita Nyong’o and the rest of the main cast do amazing jobs playing their characters along with their doppelgängers.

The movie also serves as an important message: the concept being tied to how we view others as potential threats or enemies but we fail to look at ourselves first and wonder if we are truly the villains. However as more layers to the story unfold and the twists are revealed, major plot holes begin to develop which contrasts the tight and concise story of “Get Out.” Although it didn’t live up to its predecessor, this movie is still incredible and worth a watch.