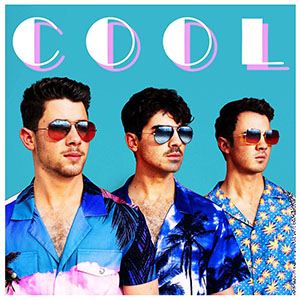 Earlier this year, the Jonas Brothers announced their reunion with the release of their single, “Sucker.”

“I’m so happy they’re back together,” sophomore Bella Connor said. “I loved them when I was younger.”

“Sucker” has received more than 100 million views on YouTube since it’s release on March 1.

“I really like the song,” Connor said. “I think it’s really catchy and upbeat.”

However, their second single, “Cool,” has not received the same excitement and anticipation as “Sucker.”

“I think “Cool” is a little cringy and just not as good [as “Sucker”],” freshman Victoria Geach said.

“Cool” has received more than 19 million views on YouTube since it’s release on April 5.

“I’ve only listened to their song “Cool” once but I think it’s really nice and auditorily pleasing,” junior Madison Konicki said.

Although older fans are excited for more of their new music, some still prefer the early 2000s era of The Jonas Brothers.

“I have much more of an emotional attachment to their older music,” Konicki said.