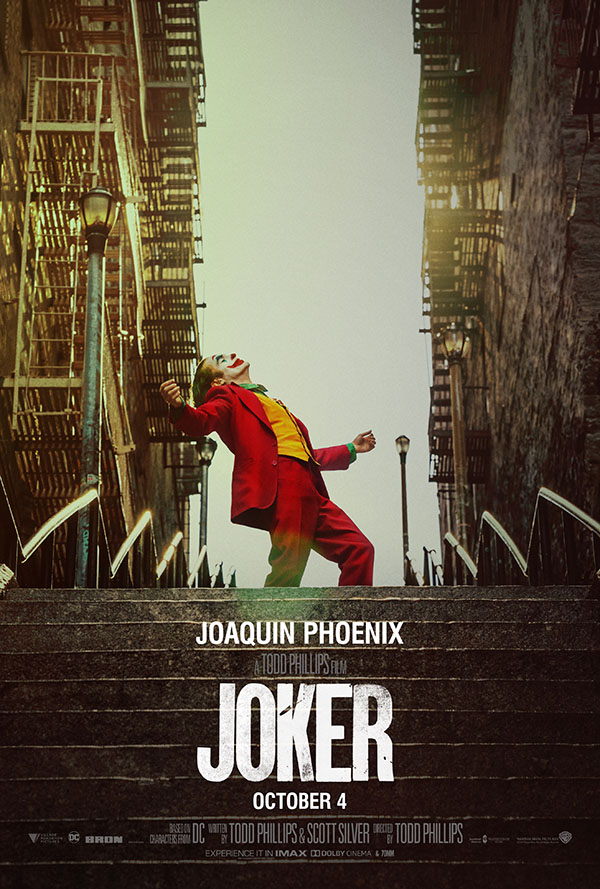 Joker was released into theaters Oct. 4 as a standalone film in the DC Comics cinematic universe.  The R-rated movie has drawn attention due to its mature theme and tone when compared to previous DC movies.  The Joker, played by Joaquin Phoenix, takes a new approach to the character portrayed by others, including Jared Leto and Heath Ledger.

“This Joker can’t go against Batman,” Gage Huff (10) said. “Batman would kill this guy accidentally with one punch. He is so flimsy and weak and he is not that smart. He is just kind of crazy.”

This latest version of Joker focuses on how the brain of the villain works and explains what made him unstable.

“I think taking a popular comic book character that everyone has grown up knowing and giving him a story that highly surrounds mental health and shows his origins coming from his mental health struggles is really important,” Sophia Bailly (10) said.

The focus on mental health is one of the reasons the Motion Picture Association of America gave the film an R rating, making it the first DC movie to receive that distinction.

“It has that R rating to go into these more mature themes and ideas and to explore them more fully than you could in Suicide Squad, for example,” Huff said.

Instead of focusing on the typical rivalry between Batman and Joker, this movie takes a different approach.

“I think because your focusing on the Joker here by himself instead of having him along with Batman or Harley Quinn or any of the other guys,” Huff said. “It’s his movie and you’re really exploring his character by himself as opposed to him being in the mix with everyone.”

According to most online reviews, the success of the movie is due to the acting skills and how the character Arthur Fleck (Joker) is written and the uncomfortable tone Joaquin Phoenix is able to convey.

“I felt like all of reality just kind of faded away because I felt all of the emotion from the actors and actresses was just so real that it didn’t feel like a movie,” Bailly said.

The movie grossed $93.5 million in its first weekend in release.  Joker received better reviews than the most recent DC movie: Aquaman.  The next DC movie scheduled to come out is Birds of Prey, the highly anticipated sequel to Suicide Squad focusing specifically on Harley Quinn.

“This movie gave me some hope that DC might be heading down a better path,” Bailly said.