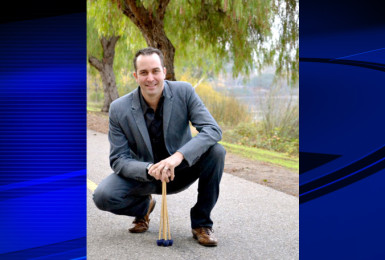 Christian Tamburr, an internationally known vibraphonist and pianist will launch his ‘Music Artist In Residence’ at Florida Institute of Technology tonight with a free concert in the  Gleason Performing arts Center on campus. The show, which is scheduled to begin at 7:30 p.m., will feature Tamburr’s internationally touring jazz quintet with special guest Matthew Bryan Feld from New York City.

Downbeat Magazine has recognized Tamburr with the “Outstanding Solo Jazz Performer” award and the “2013 Critics Choice Top Rising Star” award on vibraphone. From 2006 till 2008 Christian toured as pianist and musical director for Julio Iglesias. He joined Cirque du Soleil in 2009 as an assistant composer and musical director for a new show in Macau, China. The Christian Tamburr Quintet recently has performed in Shanghai, China and Doha, Qatar as an Ambassador to Jazz at Lincoln Center in New York City.  His band currently is performing as a featured musician in the Rose.Rabbit.Lie production at the Cosmopolitan Hotel and Casino in Las Vegas.

In addition, Tamburr is the developer and director of Ignite the Arts, a touring educational outreach program, designed to help inspire and revitalize the arts in public schools.

Tamburr has performed on vibraphone as special guest with pianist Dave Brubeck, as a solo percussionist with Michael Feinstein, and opened for Harry Connick Jr. He has performed private concerts for NBA basketball legend Michael Jordan, and was hired to entertain at the highly publicized surprise birthday party for actress Julia Roberts in New York City. His first album “Move” was released as a part of a Starbucks Gift Set available throughout the U.S.