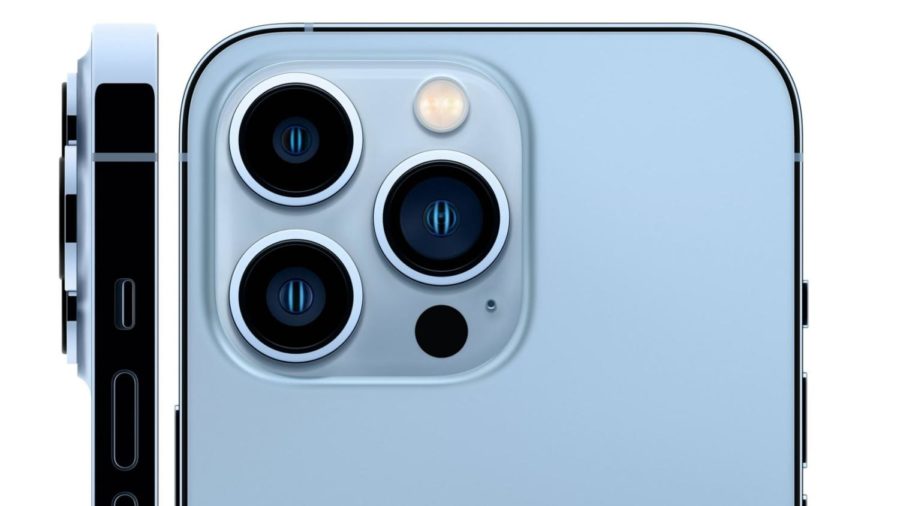 The iPhone 13 boasts a better camera, battery and screen resolution.

The long-awaited iPhone 13 lineup recently was announced by Apple, with pre-ordering underway. The iPhone 13 attempts to make improvements to three main areas: the camera, the battery and the screen.

“The design looks really similar to last year’s iPhone,” junior Jacqueline Loi said. “I’m not sure what else changed, other than having a bigger camera that many apparently call the best in a smartphone, at the moment.”

The overall design and dimensions for iPhone 13 appears similar to the 12. Apple announced it has integrated bigger and better sensors in the camera which is why the modules on the look much bigger compared to last year’s model. However, that is not the only thing that got bigger. The battery of the phone also increased in size, allowing for longer phone use.

“Battery life in a phone is very important,” said junior Matthew Krininger, who has been using Apple products for years, “They manage to make their phones better every year, and now that the phone can easily last people all day without any charging, it would make life so much easier for people.”

Apple included a bigger battery to accommodate its improved viewing experience. Instead of the normal 60Hz screen that made up the old iPhones, Apple added a new 120Hz display, boosting resolution.

“When I first tried the new iPhone at Best Buy, I instantly noticed that the display was really smooth when I was swiping,” junior Aidan Meyers said. “It felt like I could read texts on the phone super clearly, even when moving at a fast pace across the screen.”

“I would not switch to the new iPhone, because I feel like there is no point in switching,” she said. “There aren’t too many new functions on the new iPhone, and I’m still on my iPhone 8 Plus. The high price tag does not make it any better, and it just feels unnecessary to upgrade.”