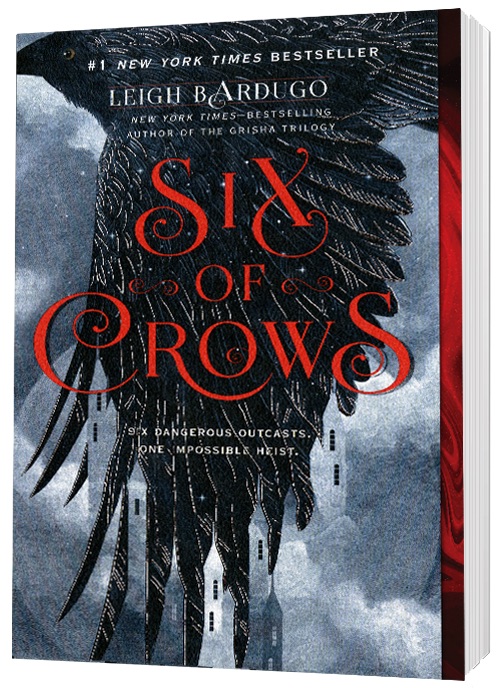 A new Netflix series based on the book will be released April 24.

The Young Adult literary genre is famously one which changes vastly year by year. This quality of the genre to constantly readapt and re-evolve is what allowed for the penning of iconic stories such as Leigh Bardugo’s 2015 novel, “Six of Crows.”

The novel is a spinoff of a previous trilogy, “Shadow and Bone” and is a fantasy story that follows the adventures of a gang of six teenagers and heist they attempt into one of the world’s most heavily fortified government buildings.

The story follows similar beats to that of a traditional heist story, but with a vibrant and memorable cast of characters, an extremely hostile environment and a writing style that places readers exactly where Bardugo wants them to be.

The main cast of the story follows infamous thief Kaz Brekker, assassin-with-a-conscience Inej Ghafa, adrenaline-junkie and sharpshooter Jesper Fahey, “Heartrender” Nina Zenik, muscle of the group Matthias Helvar and demolitions expert Wylan Van Eck. These characters all have enrapturing backgrounds and dynamics, and each serves to subvert the standard characters seen in the YA genre in some way or another. Every member of the main cast is more complicated and interesting than what they originally seem to be. These characters and their relationships with each other are what truly bring this world to life and are what makes this book so wildly successful.

Despite the connection between “Six of Crows” and the trilogy it follows — “Shadow and Bone” — it is not necessary to read the first trilogy to understand the duology. There are brief cameos from iconic characters of the original trilogy, but they are not so plot-important that you cannot read one without the other. That being said, they are gaining a new connection: an upcoming show on Netflix.

“Shadow and Bone,” scheduled to be released Friday, will adapt both the first novel in the “Shadow and Bone” trilogy and the pre-book lives of “Six of Crows.” This upcoming show has gained increasing traction, and rightfully so. With such masterful and enchanting source books to work from, expectations run high.

Regardless of the results of the Netflix series, it does not change the novels that already exist. “Six of Crows” remains an interesting and inventive take on the fantasy genre, with characters and world building that feel like a breath of fresh air. This book is one which should be sought after, and is a memorable and subversive piece of escapism from start to finish.