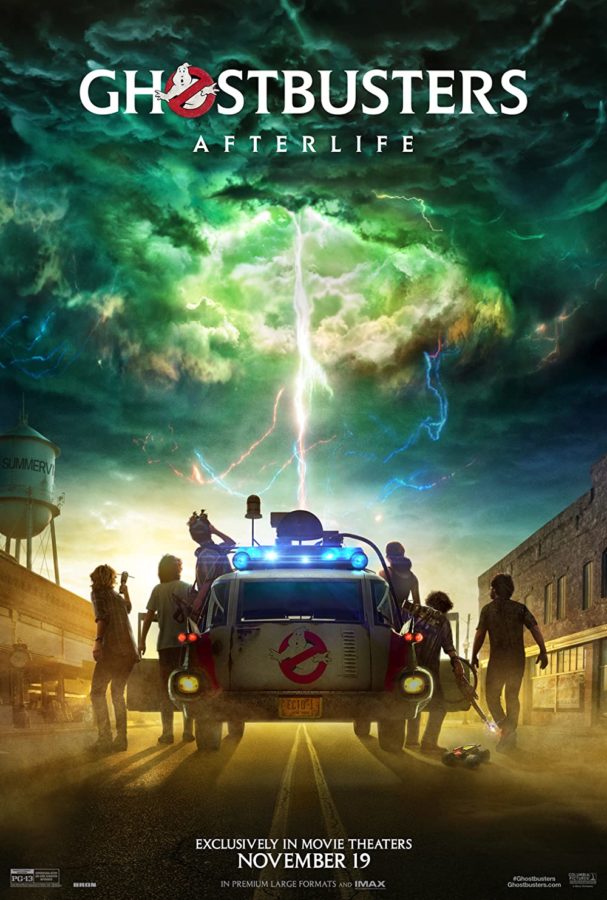 “Ghostbusters: Afterlife” is the second attempt since 2016 to resurrect the 1984 classic, “Ghostbusters.” Ivan Reitman directed the original film, and this new addition to the franchise is directed by Reitman’s son, Jason. He brings a new feeling to the franchise while paying homage to one of the most successful blockbusters of the 1980s.

The movie follows a family picking through the pieces of an old house left to them after their grandfather’s passing. They discover their family history is tied to Egon Spangler, who is one of the original four Ghostbusters. With the help of their summer school teacher, the single mother and two kids uncover the mystery behind Spangler’s dirt farm which seemingly has no purpose.

Unlike the original, “Ghostbusters: Afterlife” takes place on a mysterious farm in a small town. The decision to go in a completely different direction when it comes to setting and character dynamic was a good one. The film plays out like a family drama in contrast to the original, which follows college friends in New York City. The change in scenery helps this film feel more like a sequel than a reboot and gives creators an opportunity to add to the franchise rather than redo the first movie.

Mckenna Grace is a standout child actress. She plays the smart and curious granddaughter of Egon Spangler and she is determined to discover why he disappeared to the farm. Her character meshes well with the rest of the cast through comedic moments. Her quirky style and nerdy nature makes her relatable to young audience members. Paul Rudd’s humor worked perfectly in this movie with the different personalities that his character interacts with. The only place that the cast falls short is with Finn Wolfhard and his character’s love interest. They had zero chemistry and weren’t very significant to the plot.

A major complaint that most critics have with “Ghostbusters: Afterlife” is the excessive fan service. There are many callbacks to the original film to appeal to those who have been fans of “Ghostbusters” for a long time. These references and easter eggs exist in addition to the plot which is already entertaining, so there’s no harm in including moments that acknowledge the 1984 film. Although they were a bit distracting at times, this made the movie nostalgic for many viewers and honored the first film.

Harold Ramis played Egon Spangler, but passed away before“Ghostbusters: Afterlife” started production. There is a tribute to him in the movie and creators include Spangler in addition to the other three original ghostbusters. The way Ramis is included is not done in poor taste. His character is significant to the plot instead of being a guest appearance. Especially for fans of Ramis, the movie is surprisingly emotional and heartfelt for an action comedy. Although those new to Ghostbusters may find themselves a bit lost, it was a good decision to honor the original movie and its cast.

It is great to see the funny-looking ghosts from the original brought to life with today’s editing technology. “Ghostbusters: Afterlife” has great action scenes with goofy CGI that bring together the simple, but engaging plot. Especially for fans of the 1984 film, this movie is a must watch.